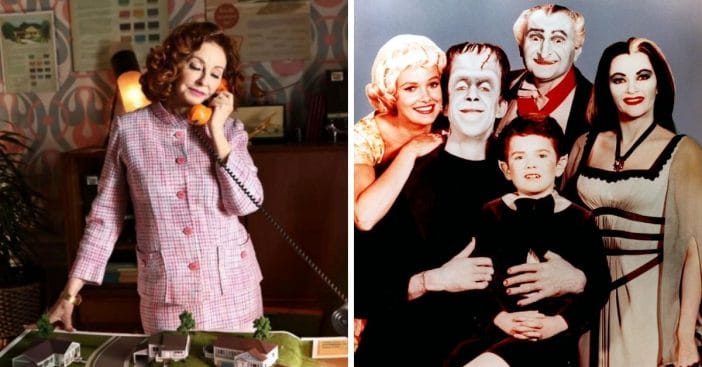 Cassandra Peterson, a.k.a. Elvira, has opened up about her role in Rob Zombie’s reboot of the classic hit show The Munsters. Zombie had recently posted a photo to his Instagram account, confirming that Peterson would be in his reboot, in a much different light than we’re used to seeing her in!

“Here, I am playing this character that’s so so different from what I normally do, I’m playing a super straight character,” she says about the role, adding, “Barbara is a normal woman, this real estate agent. It was exciting and terrifying, but it was really cool.”

Elvira on her role in ‘The Munsters’ reboot

The cast will consist of Jeff Daniel Phillips as Herman Munster, Sheri Moon Zombie as Lily Munster, and Dan Roebuck as Grandpa Munster. Peterson says that she’s already shot her part and had traveled to Budapest to film it. “I had the best time with all of the actors that I was working with, and we had so much fun,” she says. “The people there, the set, they built the house — oh my god, it was just all magical. It was like ‘The Munsters’ came alive. It was insane.”

Peterson adds that audiences are “really going to love it,” also singing Zombie’s praises on the work that he’s done with his wife Sheri Moon Zombie. “Sheri is freaking adorable as Lily Munster. I see on social media people asking, ‘Why is Rob always casting her?’ Because she’s freaking good. I think she killed it and people will be really surprised and really like her character.”

When Zombie announced that he would be rebooting The Munsters, which hailed from the ’60s, a lot of people have since been curious as to how Zombie is going to pull it off, as well as how true to the original he’s going to stay. While that’s unclear, a description of the film will follow the family who relocates from Transylvania to the American suburbs.

Click for next Article
Previous article: ‘I Dream Of Jeannie’ Cast Then And Now 2022
Next Post: Jamie Lee Curtis Refused To ‘Conceal’ Her Body For Latest Film Role