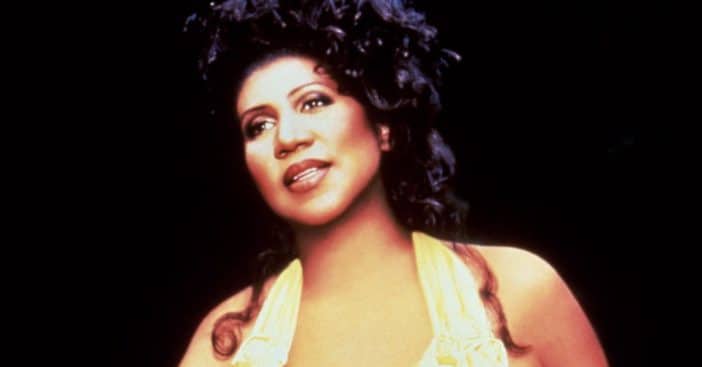 Singer, songwriter, and pianist Aretha Franklin is remembered as the Queen of Soul, selling over 75 million records around the globe. She is credited by the Pulitzer Prize jury for providing an “indelible contribution to American music and culture for more than five decades.” However, one song in particular, “(You Make Me Feel Like) A Natural Woman,” has been the center of a lot of attention thanks to one divisive social media post.

Usually shortened to just “Natural Woman,” the song was released in 1967 as part of the Atlantic record. Written by Franklin and composed by Carole King, “Natural Woman” peaked at number 8 on the Billboard Hot 100 then experienced renewed popularity shortly after Franklin’s death in 2018. It’s a hot topic now but for very different reasons.

There is no such thing as a "natural" woman.

This song has helped inspire acts of harm against transgender women.

TCMA is requesting it is removed from Spotify & Apple Music.

On the afternoon of January 20, the Twitter account TCMA: Trans Cultural Mindfulness Alliance, or @TransMindful, made a post discussing Franklin’s “Natural Woman,” claiming “Aretha Franklin’s 1968 song “Natural Woman” perpetuates multiple harmful anti-trans stereotypes.” It continues, “There is no such thing as a “natural” woman. This song has helped inspire acts of harm against transgender women. TCMA is requesting it is removed from Spotify & Apple Music.” By time of writing, the post has over a million views and has discussed a serious back-and-forth in the comments.

One user implored, “Lord let Ms. Franklin rest in peace please.” But another, who claims to be a member of the LGBTQ community, defended the song, saying, “What’s amazing about the trans community is our diversity. Speaking only for myself, as a Black trans woman in the US, I’ve never felt that any of Aretha’s songs perpetuated ‘harmful anti-trans stereotypes.’ In fact listening to her music has always been liberating for me.” Another had a different request, saying, “I am once again begging @elonmusk to give us a parody or real button.”

Numerous news outlets have picked up the story because of the debate it sparked and the possible change to music history it could inspire. But here’s the thing: it is a parody post by a parody account.

A parody drove a huge debate and journalistic tempest

Has to be parody, nothing else makes sense. Joined November 2009, but founded Jan 2023, only 8 tweets since November 2009? I admit, you got me. pic.twitter.com/7qPFKbjzUp

Looking at the account now, the profile reads, “PARODY/SATIRE: Founded January 2023 exclusively by trans individuals, promoting cultural changes to ensure the inclusivity of trans individuals.” The profile itself was started back in 2009. But when users looked at the profile description, there was no indication it was a parody account. Replying to some comments on the “Natural Woman” post, the account also echoed talking points by trans rights activists, like “There is no meaningful difference between cisgender women and transgender women.”

As the story picked up momentum, the page then posted on January 23, “I am STUNNED that not a single media outlet who reported on the Aretha Franklin tweet even ATTEMPTED to contact this account for comment. Based on the sheer ridiculousness of the content on this page, how could JOURNALISTS not comprehend that this is parody/satire.”