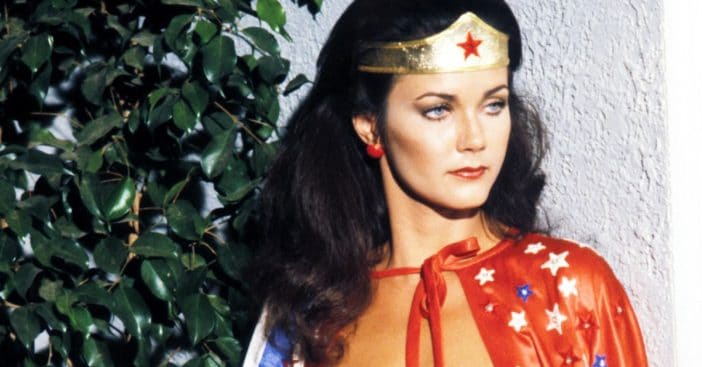 June marks Pride Month in the U.S., and Americans from all backgrounds are discussing the topic, from entire companies to individual citizens, pop culture icons, and politicians alike. Lynda Carter, known for playing Diana Prince in the 1970s Wonder Woman series, recently added her voice to the chatter. In her case, she talked about Wonder Woman as a queer icon.

She was inspired to discuss the matter after she shared a picture of artwork starring Wonder Woman in a rainbow color palette to mark the first day of Pride. The debate that subsequently ensued, made up of support and dismissal of the art, drove Carter to elaborate on the point. Learn what she had to say about the DC hero here.

Happy Pride! So excited to celebrate with all my LGBTQIA+ friends and fans 🏳️‍🌈 Art by Paulina Ganucheau for @DCComics ✨ pic.twitter.com/zpPKELsQkp

On June 1, Carter shared a photo to Twitter showing Wonder Woman in a colorful palette in front of a swirling rainbow of more colors, smiling with her Lasso of Truth twirling around her. “Happy Pride!” she announced in the caption. So excited to celebrate with all my LGBTQIA+ friends and fans  Art by Paulina Ganucheau for @DCComics.” According to Instagram, Ganucheau is a freelance comic artist. The original artwork dates to March of 2021 and is the artist’s “Wonder Woman variant cover for #DCPride,” and a “dream come true.”

Reactions to this post have been mixed. One user vocally asserted, “Wonder Woman IS NOT A SUPER HERO FOR GAYS!” This got a response directly from Carter herself, who replied, “You’re right. She’s a superhero for bisexuals!” Below her response, she shared a link to an article where Wonder Woman writer Greg Rucka confirmed Diana had feelings “involving, although not necessarily exclusively, romantic and/or sexual interest toward persons of the same gender.”

Carter stayed the course in her subsequent replies, at one point sharing an image of herself in a fighting stance, writing, “Love seeing all the love from LGBTQ+ fans today! Now here’s one I call the “ready to fight your homophobic relatives” pose. Just kidding. (Or am I?) Haha.” In response to the debate on her social media page, she also said, “I didn’t write Wonder Woman, but if you want to argue that she is somehow not a queer or trans icon, then you’re not paying attention.” She went on to say, “Every time someone comes up to me and says that WW helped them while they were closeted, it reminds me how special the role is.”

I didn't write Wonder Woman, but if you want to argue that she is somehow not a queer or trans icon, then you're not paying attention.

Every time someone comes up to me and says that WW helped them while they were closeted, it reminds me how special the role is.

Is there a basis to Wonder Woman being an icon among the queer community? Anecdotes Carter has read from her fans suggest something in Diana’s story resonates with this demographic. There is also the word of DC writer Rucka, who worked with the comic book company in the 2000s; Rucka does stress though that traits like this should be presented in a seamless way and denounces the idea that “The character has to stand up and say, ‘I’M GAY!’ in all bold caps for it to be evident. There is also the fact that Themyscira is populated entirely by other women. Carter’s successor, Gal Gadot, has also said, “She’s a woman who loves people for who they are. She can be bisexual. She loves people for their hearts.”

Click for next Article
Previous article: ‘Buck Rogers In The 25th Century’ Cast Then And Now 2022
Next Post: Jim Seals From “Summer Breeze” Band Seals And Crofts Dies At Age 80