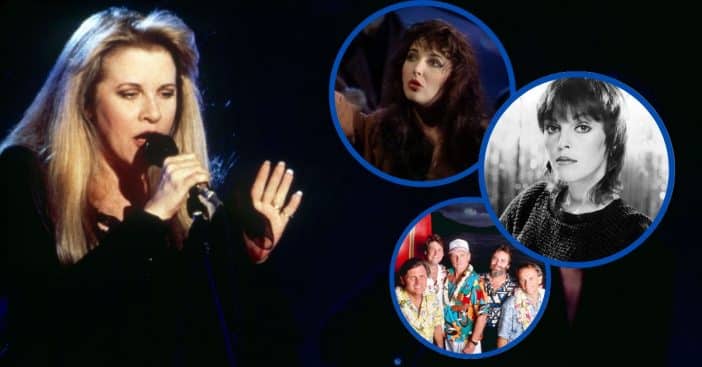 What music do the musical artists listen to? The beautiful thing about the medium is what a collaborative effort it is, with each new release contributing to the great well of inspiration and evolution. So even for icons like Stevie Nicks, picking 10 of the most beloved songs can result in a diverse list.

Of course, her work is probably on many other people’s own top 10 lists, thanks to her work as part of Fleetwood Mac. While the mysticism of “Rhiannon” still speaks to many people, Stevie’s own list has some surprises on it. Are some of these your favorites?

These are the 10 songs Stevie Nicks calls her favorite

Stevie’s list of favorite songs spans decades, genres, tempos, and subject matter. In that way, it’s like a celebration of music itself and all that went into making it so accessible and timeless. Stevie knows a thing or two about adding just the right something to music, having successfully added her own twist to the classic “Silent Night,” resulting in something even more compassionate.

RELATED: Our Top Gorgeous Photos Of Music Icon Stevie Nicks Throughout The Years

But that actually doesn’t make Stevie’s list. Instead, the “Go Your Own Way” singer favors:

“Running Up That Hill (A Deal With God)” by Kate Bush

“Love Is A Battlefield” by Pat Benetar

“Hard Habit To Break” by Chicago

“Sail On, Sailor” by The Beach Boys

“A Thousand Miles” by Vanessa Carlton

“Cry Me A River” by Justin Timberlake

With over 120 million record sales around the globe, Fleetwood Mac is one of the world’s best-selling bands. Unsurprisingly, they were immortalized with a Hollywood Walk of Fame star in 1979, and less than a decade later the band was inducted into the Rock and Roll Hall of Fame. They’ve also been acknowledged with a Brit Award specifically for Outstanding Contribution to Music. Despite all this, Stevie is hard on herself and wouldn’t name her own work as a favorite track.

But plenty of those songs Stevie Nicks regards as her favorite might owe a thing or two to her work with Fleetwood Mac. Indeed, just as Stevie celebrates multiple music genres, many different artists owe the band. Apple has an entire segment on its site dedicated to works inspired by Fleetwood Mac. The list includes everyone from Tom Petty to Taylor Swift, from Florence Welch to the Chicks. Safe to assume Stevie is probably on some of their top 10 lists too.

Click for next Article
Previous article: Prince Harry Explains Why He And Meghan Markle Kept Their Royal Titles
Next Post: Apollo 11 Astronaut Buzz Aldrin Ties The Knot To Longtime Love At 93