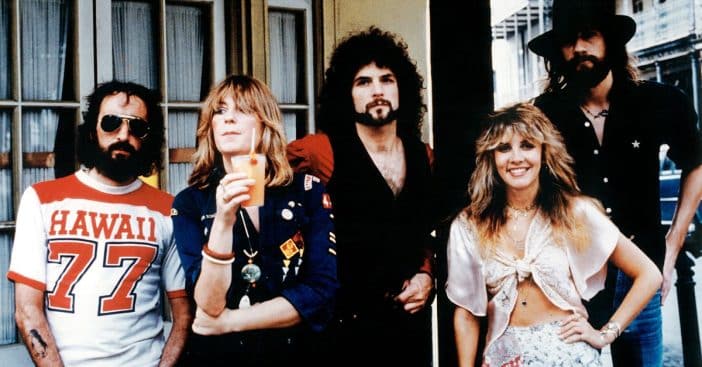 Some of the members of Fleetwood Mac have paid tribute to their late bandmate Christine McVie after she was reported to have died at age 79 after a short illness. The Fleetwood Mac Twitter account released a statement, saying, “There are no words to describe our sadness at the passing of Christine McVie. She was truly one-of-a-kind, special and talented beyond measure. She was the best musician anyone could have in their band and the best friend anyone could have in their life.”

“We were so lucky to have a life with her. Individually and together, we cherished Christine deeply and are thankful for the amazing memories we have. She will be so very missed.”

Stevie Nicks shared a handwritten note written to “best friend” McVie in light of the sad news. The note reads, “A few hours ago I was told that my best friend in the whole world since the first day of 1975, had passed away,” Nicks began. “I wanted to be in London; I wanted to get to London — but we were told to wait. So, since Saturday, one song has been swirling around in my head, over and over and over. I thought I might possibly get to sing it to her, and so, I’m singing it to her now. I always knew I would need these words one day.” She also included the lyrics to “Hallelujah” by HAIM before concluding, “See you on the other side, my love. Don’t forget me.”

Mick Fleetwood also shared a tribute, writing, “This is a day where my sweet friend Christine McVie has taken to flight.. and left us earthbound folks to listen with bated breath to the sounds of that ‘song bird,’ reminding one and all that love is all around us to reach for and touch in this precious life that is gifted to us. Part of my heart has flown away today.. I will miss everything about you Christine McVie. Memories abound.. they fly to me.”

Former Fleetwood Mac member Lindsey Buckingham has yet to respond to the news or pay tribute to his late bandmate.

Click for next Article
Previous article: Kelly Ripa, Mark Consuelos Are Not Financially Helping Son Michael After Graduation
Next Post: Why Barbara Eden Was “Very Careful” Around Lucille Ball And “Playboy” Desi Arnaz