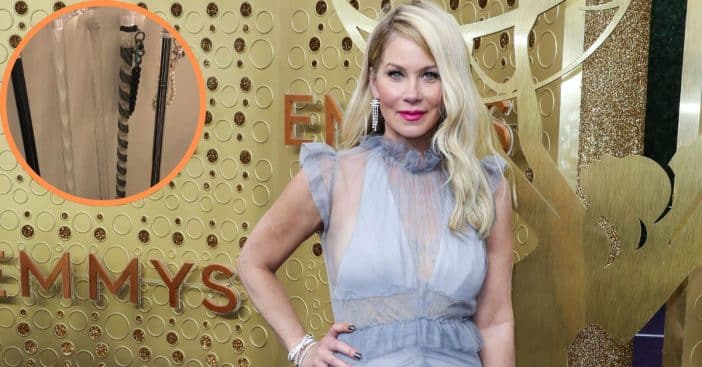 Back in August 2021, Christina Applegate revealed that she had been diagnosed with multiple sclerosis or MS. As a nerve damage disease that disrupts communication between the brain and body, mobility can be severely impacted with MS. As a result, Applegate, 50, now has to use walking canes, which she has given her fans a glimpse of ahead of a very big milestone coming up.

Applegate will be attending her first event since she was diagnosed with MS. She shared news of this approaching occasion along with details of the new normal for her in a Twitter post that shows her canes. In the comments, she elaborated further on what use each cane fulfills and what her go-to is.

I have a very important ceremony coming up. This will be my first time out since diagnosed with MS. Walking sticks are now part of my new normal. Thank you @neowalksticks for these beauties. Stay tuned to see which ones make the cut for a week of stuff. pic.twitter.com/O543p1G4vS

On October 27, Applegate took to Twitter to share a photo of five canes of various appearances. “I have a very important ceremony coming up,” Applegate revealed. “This will be my first time out since diagnosed with MS. Walking sticks are now part of my new normal. Thank you @neowalksticks for these beauties. Stay tuned to see which ones make the cut for a week of stuff.”

Last summer, Applegate announced news of her condition with another post that said, “A few months ago I was diagnosed with MS.” She continued to share, “It’s been a strange journey. But I have been so supported by people that I know who also have this condition. It’s been a tough road. But as we all know, the road keeps going. Unless some a—hole blocks it.”

Life for Applegate, now with MS

For a decade, Applegate was known as the face of Kelly Bundy in the sitcom Married… with Children. Life looks different now, with canes now a topic Applegate is mindful of. She discussed as much in the replies to her post, where one user mentioned activators. This device was designed by an occupational therapist for rehabilitation and long-term use alike; the user liked them for having a hand rest, calling them, “Not pretty but good quality.”

Applegate is actually already familiar with this tool. She replied, “The activator is what I use daily. Love mine. But these events I wanted fancy I guess. My activator has stickers that say FUMS so wasn’t sure if that was appropriate haha.” Applegate also lives by advice she shared, “As one of my friends that has MS said ‘we wake up and take the indicated action’. And that’s what I do. So now I ask for privacy. As I go through this thing. Thank you xo.”

Click for next Article
Previous article: A First Look At ‘The Santa Clauses’ Show Starring Tim Allen
Next Post: Old Photos Of Leslie Jordan Changed Everyone’s View Of The Comedian