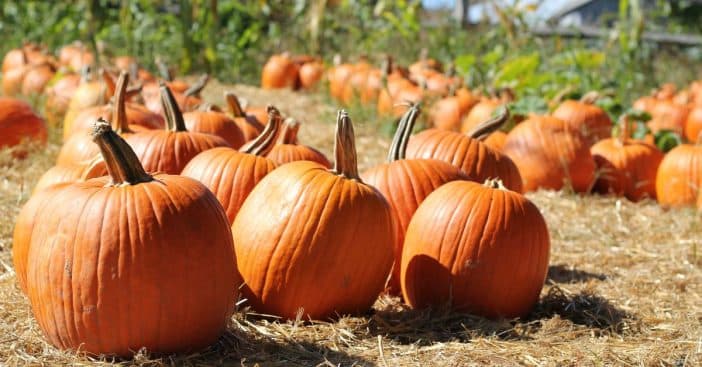 Pumpkins. Over a billion pounds were grown in just six states back in 2021. They illuminate the spooky, foggy air of Halloween. Pumpkins are an irrevocable symbol of autumn, but just as Idaho produces the most potatoes in the United States, one state reigns supreme in pumpkin growing. Which is it?

Pumpkins actually have a long history on the continent, dating back to Mexico around 5550 B.C. On top of that, October 26 is celebrated as National Pumpkin Day, to best celebrate this decorative delicacy – all 45 different types. Let’s find out which state has the most pumpkin spirit.

The United States produces a lot of pumpkins each year, but one state grows the most

There are a handful of states that provide a giant pumpkin patch for the country, including California, Indiana, Virginia, Texas, and Michigan. But it’s the state of Illinois that grows the most pumpkins out of them all, producing a whopping 652 million pounds back in 2021. This amounts to more than what all the other top growers produce combined! There’s plenty to go around for the pumpkin-related recipes out there.

Up next was Indiana with 181 million and 157 million pumpkins. Texas, Virginia, and Michigan each grew about 100 million pounds of pumpkins, the USDA reports. Each of these states has a different way of showing their love of pumpkins besides growing them, too, like California’s weight competition.

Pumpkins are a big deal in every state

Among those states listed, they alone account for 40% of the country’s pumpkin supply. That’s spread across over 66k acres of farming land. Good thing too, because it’s a very important fruit with a variety of purposes. It’s a symbol of Halloween thanks to the Irish tradition of carving fruit; originally, they carved turnips and potatoes, but when they immigrated to the U.S., that custom transformed into carving pumpkins.

As a meal, it’s been a culinary staple in Native American dishes for centuries. The fruits would be grown alongside rivers, in groups with beans and corn. Their continual coexistence allowed the vegetation to thrive together through all stages of growth. Now, we have pumpkin pie recipes reverentially passed down through families, pumpkin carving contests, and elaborate ways of turning them into art.

Click for next Article
Previous article: Paul McCartney Says This Beatles Song Gave John Lennon The Inspiration For “Imagine”
Next Post: The Beatles Joked About One American Phrase In Their Song “Lovely Rita”