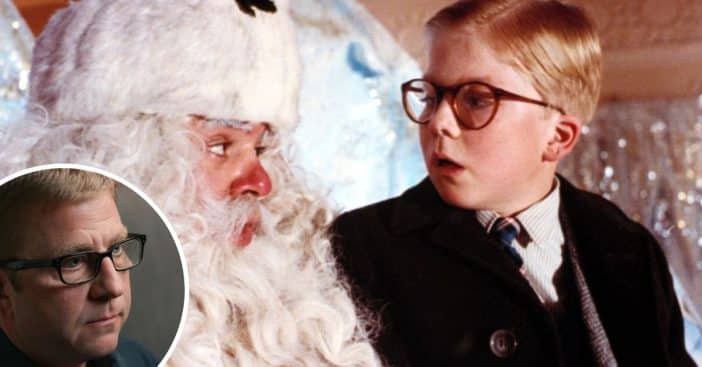 The very first teaser for A Christmas Story sequel is here! The film, called A Christmas Story Christmas, will premiere on Nov. 17 on the streaming service HBO Max. Peter Billingsley returns to reprise his iconic role as Ralphie Parker. Now, he’s all grown up and heading back to his family home on Christmas.

In the teaser, his parent’s living room looks exactly the same and the leg lamp is even still there. Peter isn’t the only star returning for the movie. He is joined by original stars Ian Petrella (Randy), Zack Ward (Scut Farkus), Scott Schwartz (Flick), and R.D. Robb (Schwartz).

Watch the first teaser for ‘A Christmas Story Christmas’

Even though the original film didn’t do that well at the box office, it has since become a cult classic. TBS usually plays the film for 24 hours on Christmas Eve and Christmas. In the sequel, it will follow a grown-up Ralphie as he reconnects with some of his old friends and deals with the death of his Old Man.

RELATED: The Official Release Date For ‘A Christmas Story’ Sequel On HBO Max Is Here

The tagline reads that he “returns to the house on Cleveland Street to deliver his kids a magical Christmas like the one he had growing up.” While the original film technically had several sequels already, none of them featured the original cast and none of them did well with audiences.

In addition, the original movie inspired a 2000 stage play and a 2012 Broadway show, which was later adapted for television in 2017. Watch the teaser for A Christmas Story Christmas below and tell us what you’re excited to see most in the highly-anticipated film:

RELATED: What Ralphie Parker & Company From ‘A Christmas Story’ Look Like, 2022

Click for next Article
Previous article: What Really Happened to Julie Andrews’ Voice And How She’s Coping With It Now
Next Post: Alicia Silverstone Is All Legs In First Bikini Photo In Years