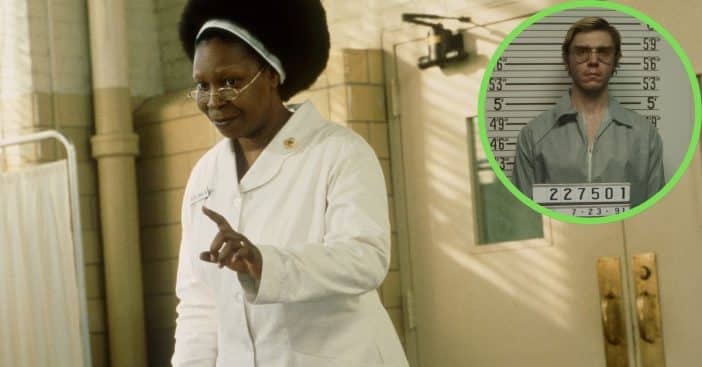 To list out all the shows and movies based on real people would be a very long list that is always growing. Some have gained resounding praise as successful explorations of a person’s life, such as the recent biopic Elvis. But others have been the subject of condemnation. Whoopi Goldberg has recently been very vocal in her stance against one particularly grizzly series on Netflix, Dahmer – Monster: The Jeffrey Dahmer Story.

Between 1978 and 1991, Dahmer was responsible for the murders of 17 men and boys, and his extend to cannibalism and necrophilia. Netflix recently released Dahmer starring Evan Peters as the titular serial killer, and the move has received criticism due to the impact it has on the families. Goldberg discusses these consequences in the latest episode of The View.

Co-created by Ryan Murphy and Ian Brennan, Dahmer has been a topic of fierce debate online since it went live on September 21. It also came up recently on The View and received condemnation by Goldberg. “Ryan [Murphy] is an amazing artist,” she said, but, “If that were my family, I’d be enraged.”

Things took a personal turn as she continued, “Because it is being killed over and watching your child get [killed], and then you have to listen to how it went and all this other stuff that, as a person who’s lost someone like that, it’s just – you can’t imagine.” Indeed, one of the biggest criticisms against Dahmer is that families were not consulted on this project that tells a story of a family member’s gruesome murder and desecration.

The debate on biopics endures

Any adaptation of a person’s life walks a fine line accounting for accuracy, sensationalization, and exploitation. The recent fictionalization of Marily Monroe’s life has received criticism for favoring the latter two traits, but fans of these types of productions assert that they tell an important story. Dahmer’s ability to commit so many crimes has sparked a debate about policing, homophobia, and racism since, as Goldberg’s co-host Sunny Hostin notes, many of Dahmer’s victims were “young, Black and brown gay men.” For this reason, Hostin defends the dramatized series for raising awareness to demographics that were targeted, adding, “These communities are still marginalised, and sometimes treated the same way.” Another defense was, “There were other pieces to this story that even I didn’t know.”

I’m not telling anyone what to watch, I know true crime media is huge rn, but if you’re actually curious about the victims, my family (the Isbell’s) are pissed about this show. It’s retraumatizing over and over again, and for what? How many movies/shows/documentaries do we need? https://t.co/CRQjXWAvjx

The criticism voiced by Goldberg against the Dahmer show has been voiced by relatives of his victims. Rita Isbell, sister to victim Errol Lindsey, had given a statement in 1992 that has become known the world over. After Dahmer was released, he posted on Twitter, “I’m not telling anyone what to watch, i know true crime media is huge [right now], but if you’re actually curious about the victims, my family (the Isbell’s) [is] pissed about this show. It’s retraumatizing over and over again, and for what? How many movies/shows/documentaries do we need?” He also tweeted, “My cousins wake up every few months at this point with a bunch of calls and messages and they know there’s another Dahmer show. It’s cruel.”

What do you think of biographical films and shows?

Click for next Article
Previous article: Goldie Hawn And Kurt Russell Celebrate Granddaughter’s Birthday Dressed As Cinderella And Prince
Next Post: The Nickname Hawkeye From ‘M*A*S*H’ Is From Another Powerful War Drama