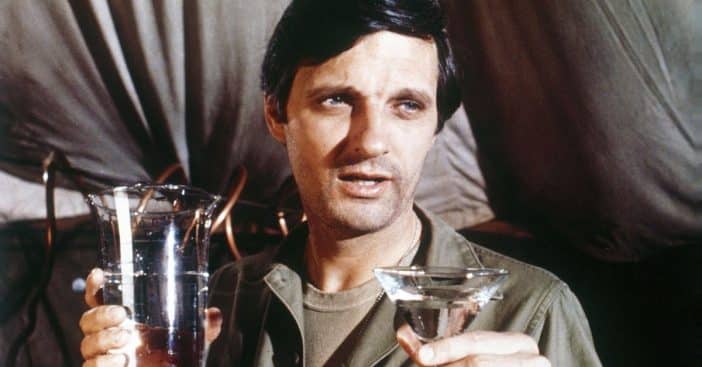 Several members of the 4077th Mobile Army Surgical Hospital bear nicknames related to their appearance, occupation, or skills. So, while Alan Alda is known for playing Captain Benjamin Franklin Pierce in M*A*S*H, it would be just as right to say he plays Hawkeye. But what does this moniker mean for the character? It turns out M*A*S*H shares a connection to The Last of the Mohicans.

The highly successful M*A*S*H ran from 1972 to ‘83 but its origins trace back to a movie that traces back to the novel MASH: A Novel About Three Army Doctors. The histories of many characters are chronicled in blatant and subtle ways throughout these mediums, but it’s right in the show that Pierce’s nickname is explained.

Hawkeye’s nickname comes from ‘The Last of the Mohicans’

M*A*S*H does explain Hawkeye’s nickname in the episode, “A Full Rich Day,” in season three, episode 12. It’s all thanks to Pierce’s father, Pierce Sr. The only book he’d ever read was The Last of the Mohicans, a historical romance penned by James Fenimore Cooper in 1826 and later adapted into a 1992 film starring Daniel Day-Lewis. The character Lewis plays, taken directly from the original source material, is named Nathaniel “Hawkeye” Poe.

RELATED: During The 50th Anniversary Of ‘M*A*S*H’, Alan Alda Talks About The Shocking Death Scene

Jump back to the Korean War, and Pierce and his father correspond regularly by writing letters to one another. It’s something of a blink-and-you’ll-miss-it moment, but this connection explains how Pierce’s father came up with the nickname for his son; the one book he ever read held a special place in his heart, and made a good inspiration for a special nickname to call his son.

Living up to the source material

To this day, M*A*S*H remains one of the most-watched shows on American television, with its finale one of the most celebrated conclusions out there. It also stands out of being a blend of both comedy and horror, and when it aimed for the latter, it succeeded in earnestly capturing the horror of war, particularly through Hawkeye.

As Screen Rant notes, Hawkeye ultimately embodies the traumatic effects of war and the heroics of his namesake from Last of the Mohicans, a soldier of “the finest kind,” as Pierce would like to say. That wasn’t always so, by Alda’s own admission, who said the show version of Hawkeye “seemed so far from me.  I had no idea how to play a womanizer who drank too much, was a smart aleck. I had to figure out how to be that person.” But he calls this a strength, adding, “I think that’s something that never gets thought about, that to a great extent, M*A*S*H was about real people.”

Click for next Article
Previous article: Whoopi Goldberg Slams Jeffrey Dahmer Series On Netflix
Next Post: Here’s What You Should Be Looking For To Find A Lincoln Penny Worth $200,000