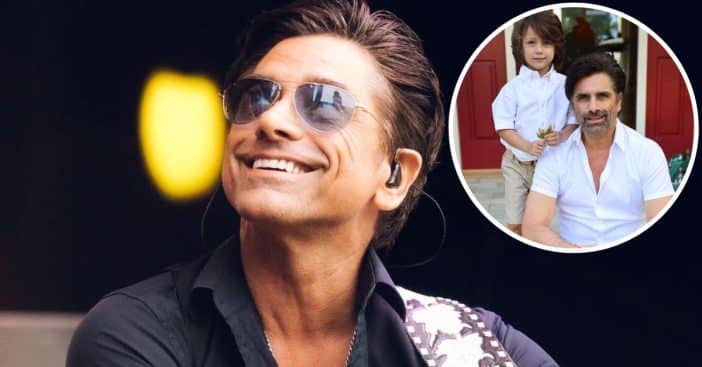 John Stamos, of course, is popular for playing Jesse Katsopolis on the ABC sitcom Full House. In an interview with US Weekly, while promoting his partnership with Arnold, Brownberry, and Oroweat Breads, the star recently revealed that his 4-year-old son, Billy, who he had with wife Caitlin McHugh, has already mastered a catchphrase from the show. “He just did it a couple days ago; [he] was, like, ‘You got it, dude!’” the People’s Choice Award winner said. “Not sarcastic, but not, like, you know, cool.”

The Born to Ride star also claimed that Billy, accompanied by his nanny, is a bigger fan of the show than he may let on. “I’ll catch them watching Full House sometimes,” Stamos told the outlet. “I’ll come home [and say], ‘What are you guys doing?’ and [he says], ‘Oh, nothing.'”

Stamos doesn’t want his son to step in his shoes

The former soap opera star is glad he chose to become an actor, but isn’t prepared for Billy to follow in his footsteps. “He likes to do stunts. Like, he’s very, you know, physical,” Stamos said, “I’m not gonna let him be a stuntman. … But he’s not a showbiz-y kind of kid, which I love.”

RELATED: John Stamos Says He’ll ‘Never Have’ A Friendship Like He Had With Bob Saget Again

Stamos further opened up about how he has taken up certain acting roles since becoming a father just to influence his son’s perception of him thinking he’s “cool.” He also noted how Billy’s interest in Iron Man on Spidey and His Amazing Friends made him pursue a role to voice the show.

The ‘Full House’ star talks about his family and work

The Jake In Progress star talked about the quality time he spends with his wife and Billy away from the media paparazzi. “I love family time. We try to do things, the three of us, quite a bit,” he reveals. “There’s a shopping center up here called The Commons. We like to go there. We see the turtles, we have dinner … and then we have our ice cream; we just sit and talk and eat ice cream cones. I like to do that. It’s pretty special.”

Stamos has also done excellently well in balancing his career and family life, handling his work relationship with Arnold, Brownberry, and Oroweat Breads without a hitch. Interestingly, he’s even created his own recipe, which the corporation has named the “Hearthrob Cobb” sandwich that includes a small slice of bread.

“I make this cobb salad that I got from Disney World. They make it at the Brown Derby, which is famous. I got the recipe, and then I thought, ‘Well, how do I combine this [and] make a sandwich out of it?’” the Little Mermaid Live! star told Us. “So I make the salad [and] then I put it on toast, bread, and then away we go. It tastes good.”

The star concluded by revealing how he is having a great time with this “great” company. “They’ve been so good to me. They’ve let me just have fun with these commercials,” he emphasized.

Click for next Article
Previous article: Here’s What You Should Be Looking For To Find A Lincoln Penny Worth $200,000
Next Post: Loretta Lynn, Country Music Icon, Dies At 90