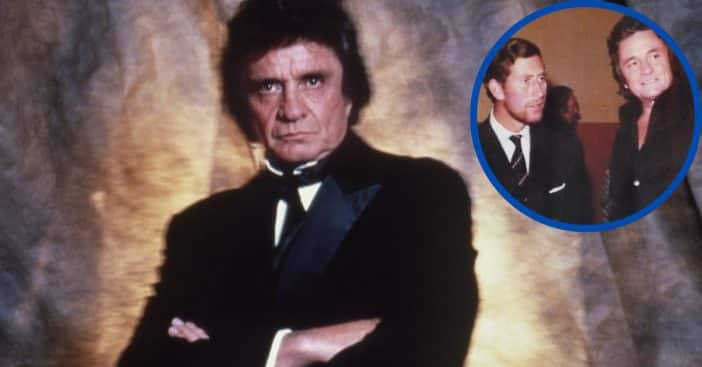 Before ascending to the throne, Britain’s current monarch was Prince Charles of Edinburgh. Quickly in life he took up responsibilities expected of a member of the royal family, but he crossed paths with plenty of interesting characters along the way. One person who had met with the newly appointed King Charles was musician Johnny Cash.

This revelation comes from a photo shared by Rosanne Cash, his daughter with Italian-American Vivian Liberto, to whom Cash was married from 1954 to 1966. Charles became king following the death of Queen Elizabeth II on September 8. A week later, Rosanne shared a photo on Twitter of her father with the monarch when he was young.

I’ve been debating all day whether or not to post this photo, but it’s just too good to keep under wraps. I expect a lot of captions, but none I haven’t thought of already. But go right ahead. pic.twitter.com/hFLsPifE0X

In the early evening of September 19, Rosanne shared a photo of Cash and King Charles, whose title would have been prince back then, side by side. Cash is in his signature black attire while Charles is dressed formally, one hand in his suit, and his face has the start of a light beard on it. Both are looking at some point away from the camera.

“I’ve been debating all day whether or not to post this photo,” Rosanne captioned the post for her over 170k Twitter followers, “but it’s just too good to keep under wraps. I expect a lot of captions, but none I haven’t thought of already. But go right ahead.”

Fans of Cash were quick to share what an impact the musician, who died in 2003 at the age of 71, had on many people’s lives. “Charles was so lucky to meet and stand with true royalty,” one user wrote, telling Rosanne her father was “the king of country music.” Indeed, the “Man in Black” started off poor in a family of cotton farmers and went on to become one of the best-selling music artists of any genre of all time thanks to selling 90 million records the world over. He’s also immortalized in several places of importance, including the Rock and Roll Hall of Fame, Country Music Hall of Fame, and Gospel Music Hall of Fame.

But Cash meeting with King Charles has come to light in response to loss, that being the loss of Queen Elizabeth, who died at the age of 96, and who became Britain’s longest-serving monarch. Her family recently said goodbye to the monarch, who has now been laid to rest in St. George’s Chapel at Windsor Castle. The effects of this loss on her family and the world will surely be felt for days to come.