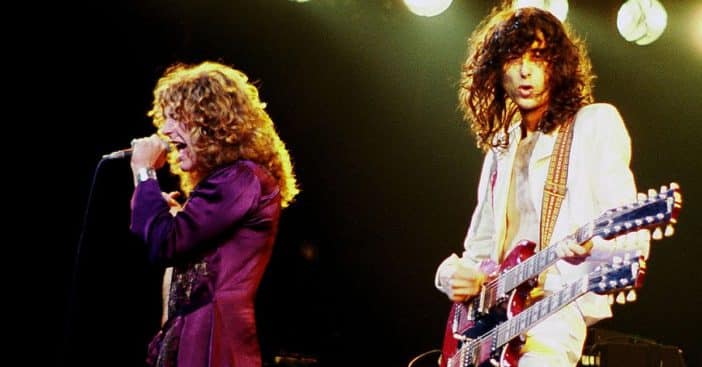 Naming the most popular and legendary of Led Zeppelin songs is an intimidating task with a lot of options. But there’s no doubt some have rather remarkable stories behind them and their success. For a surprisingly recent example, “Immigrant Song” actually brought Led Zeppelin a multi-million dollar paycheck decades since it was penned.

That’s in no small part thanks to the timeless, invigorating energy of Led Zeppelin songs. Fans of tabletop boardgames can hear Robert Plant sing “Whole Lotta Love” in the Dungeons and Dragons: Honor Among Thieves movie trailer, and now Marvel has kept “Immigrant Song” fresh in audiences’ ears – and gave the band a fresh wave of funds.

Things get mythological in “Immigrant Song”

“Immigrant Song” sings of a land of ice and snow, gore, and the rowing of an oar. With its vivid lyrics and the warlike nature of Plant’s voice, it is dripping in Norse mythology imagery. It was released as both a single and the 1970 Led Zeppelin III album. As a single, it enjoyed immense popularity, easily standing on its own.

RELATED: One Band To Rock Them All Was Inspired Time And Again By ‘Lord Of The Rings’

Culturally, in its day, it reshaped the landscape of music, a habit Led Zeppelin displayed often in its discography. Thanks to them, rock and roll and the wholesome adventures of Lord of the Rings are forever entwined. Additionally, thanks to “Immigrant Song,” we get the marriage of Viking myth with heavy metal that would stay for decades to come. So much so, in fact, that when Thor: Ragnarok was set to release, producers knew the perfect song to evoke a sense of Norse grandeur.

“Immigrant Song” is still relevant in a new Marvel film

While “Immigrant Song” is highly celebrated, it never actually reached the top of any charts; the closest it got was in Canada, and on the US Billboard Hot 100, it peaked at number 16. So while it was a cultural triumph, it might not be considered a financial one. In fact, no Led Zeppelin single reached No. 1 on the Billboard Hot 100.

But it did provide a hot $2 million for the band recently. Thor: Ragnarok director Taika Waititi knew he wanted this song for his film. He had such a vivid idea for this collaboration, he created a teaser video to show the band his vision. “When we had the first cut of the trailer and showed [Led Zeppelin], they understood how perfect the song was for this character,” he explained. That helped show them he meant business. What sealed the deal was the millions Marvel handed over for the rights. Even so, Waititi felt, the timing was everything, as he added, “I think it wouldn’t have happened if we didn’t start the conversation with them really, really early on.”

Check out “Immigrant Song” in the clip below!

Click for next Article
Previous article: John Stamos Will Share Stories Of Bob Saget In New Memoir
Next Post: Queen Elizabeth Improvised Her Lines With James Bond At London Olympics