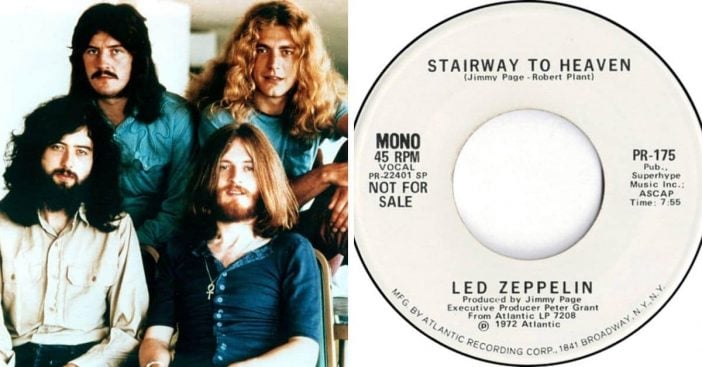 Legendary rock band Led Zeppelin has officially won a major copyright battle. It alleges that parts of the song “Stairway to Heaven” were stolen. The jury finds that the song did not infringe on the 1968 song “Taurus” by the rock band Spirit.

The lawsuit was originally filed back in 2014. It alleges that the guitar intro in “Stairway to Heaven” is a direct copy from “Taurus.” The lawsuit comes from journalist Michael Skidmore. This is on behalf of the Randy Craige Wolfe Trust. Randy Wolfe was the guitarist and writer of “Taurus.” He died back in 1997.

A jury would rule against Skidmore’s allegations back in 2016, but the case earns a revival again in 2018 by a three-judge panel from the 9th Circuit. This ultimately orders a new trial to begin. The panel would rule that Judge Gary Klausner gave the jury incorrect instructions. Led Zeppelin would appeal this decision and ask for a larger panel of judges to re-hear the case. In addition, they were given a panel of 11 judges to re-hear the case and appeal in September 2019.

RELATED: Apple To Pay $500 Million In Lawsuit Over Slowing Down Older iPhones

An important part of Led Zeppelin’s major win includes the inverse ratio rule. It’s a rule that the 9th Circuit has used in governing copyright cases since 1977. It only comes into play if “one party can prove that the infringing party had a high degree of access to a plaintiff’s work. If a high degree of access is determined, then a lower standard of proof is used to determine if the songs are similar,” CNN confirms.

The inverse ratio rule applied to this specific case

The lawsuit would argue that members of Led Zeppelin had access to Spirit songs when they toured together back in the ’60s. However, Led Zeppelin guitarist Jimmy Page claims that he has never seen a single Spirit performance. The court actually overturned the 9th Circuit’s use of the inverse ratio rule. They write that the rule “is not part of the copyright statute, defies logic, and creates uncertainty for the courts and the parties.”

“Although we are cautious in overruling precedent — as we should be — the constellation of problems and inconsistencies in the application of the inverse ratio rule prompts us to abrogate the rule,” the panel writes. “Access does not obviate the requirement that the plaintiff must demonstrate that the defendant actually copied the work. By rejecting the inverse ratio rule, we are not suggesting that access cannot serve as circumstantial evidence of actual copying in all cases; access, however, in no way can prove substantial similarity.”

In conclusion, do you think the instrumental intros sound similar?