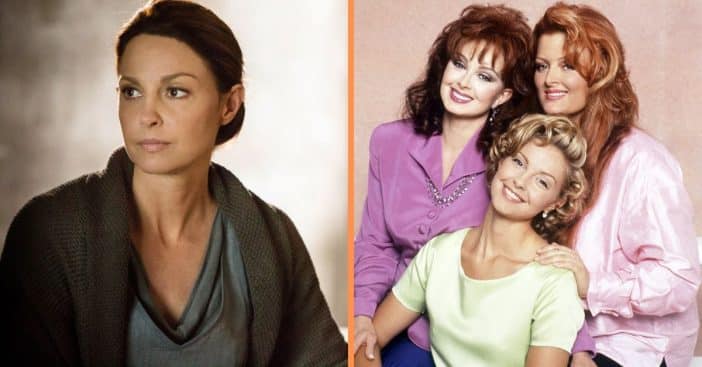 Ashley Judd has opened up about the day she found her mother, Naomi Judd, when she committed suicide. In addition to the trauma of seeing a loved one in such a state, Ashley also admitted she felt scared and powerless from the ensuing investigation.

Ashely revealed that the whole experience left her feeling like a suspect. She also called out law enforcement for firing off question after question at her on the day Naomi died while she still felt vulnerable and hurt. Ashley, 54, recalled much of the pain from that day in an op-ed shared by The New York Times on Wednesday.

The Grammy-winning country artist Naomi Judd died by suicide back in April and it was daughter Ashley who found her that day. That experience alone has stayed with Ashley to this day. “The trauma of discovering and then holding her laboring body haunts my nights,” she revealed in her op-ed, “The Right to Keep Private Pain Private.” But, Ashley continues, it was her treatment by law enforcement that made it an especially “bitter experience.”

RELATED: Ashley Judd Speaks About Life After Her Mother’s Death And How She’s Forgiven Her

“Family members who have lost a loved one are often revictimized by laws that can expose their most private moments to the public,” she continued. “In the immediate aftermath of a life-altering tragedy, when we are in a state of acute shock, trauma, panic and distress, the authorities show up to talk to us.” When they did, Ashley claims they confronted her with “probing questions” and up to four interviews that very day.

Ashley also raised concerns about how the answers to her questions would be stored, distributed, and characterized to the public. She specifies she is calling out the process and what the officers had been taught, not the personnel themselves, whose conduct she says left her and her family “feeling stripped of any sensitive boundary, interrogated and, in my case, as if I was a possible suspect in my mother’s suicide.”

Some of her concerns have been brought to court. Specifically, just last month, the Judd family moved to block public disclosure of investigation files, “including interviews the police conducted with us at a time when we were at our most vulnerable and least able to grasp that what we shared so freely that day could enter the public domain.” At the end of the day, Ashley is calling for privacy through pain, a pain she felt the day Naomi died and a pain she has felt since.

RELATED: Wynonna Judd Reflects On Death Of Naomi Judd And Her Legacy