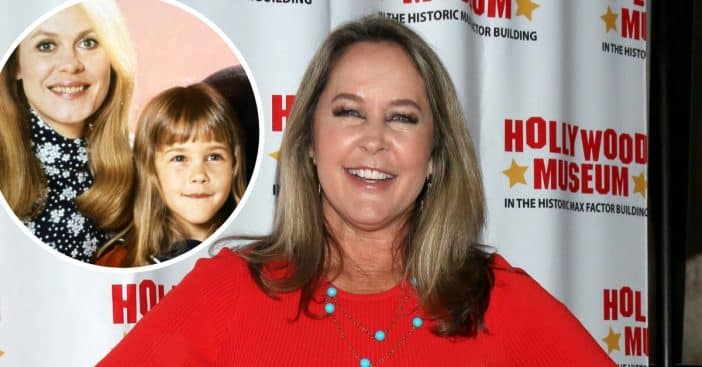 Erin Murphy is ready for a reboot! Erin famously played young Tabitha in the Bewitched series in the 1960s. She was the daughter of the character Samantha Stephens, played by the dazzling Elizabeth Montgomery.

Now, Erin is 58 and said, “If they ever did a great script, and it had all the right people behind it, good casting director, all that, I would be open to the idea.” The original series ran from 1964-1972 and has inspired shows in recent years such as Disney’s WandaVision.

Erin Murphy is interested in doing a ‘Bewitched’ reboot

Erin added, “There’s been a lot of talks, basically my entire life, about doing a ‘Bewitched’ reboot, and I think if the script were ever great that it should be done.” She also revealed that there was a script for a reboot years ago but it just wasn’t quite right. She’s still holding on to hope though.

RELATED: Tabitha From ‘Bewitched’ is All Grown Up — See The Photos!

Erin hasn’t acted much since the show ended, only opting for a few roles here and there. She has reprised her role as Tabitha in several smaller shows but mainly focuses on reality television shows, writing, and her six children.

For fans of Bewitched, hope is not all lost. Sony is working on a movie based on the classic series. Sony previously released a Bewitched film that had a bit of a twist back in 2005. While the film starred icons Will Ferrell and Nicole Kidman, it received a lot of mixed reviews.

Would you watch a Bewitched reboot, especially if it starred Erin Murphy?

Click for next Article
Previous article: Grossinger’s Resort, The Hotel That Inspired ‘Dirty Dancing,’ Was On Fire
Next Post: Sylvester Stallone Reveals How He Stays In Shape At 76