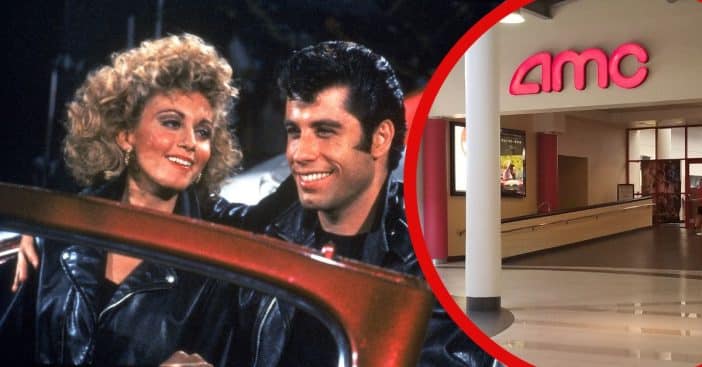 This weekend, AMC is bringing Grease back to over a hundred of its locations in remembrance of Olivia Newton-John, the movie’s star who died on August 8 from cancer. Additionally, AMC theaters will be playing at the cost of just $5. Of that cost, $1 from every sale will be donated to breast cancer research.

The four-time Grammy Award winner is remembered as one of the best-selling artists of all time. In 1978, she was rocketed to further fame for her role in Grease, which tells of the love story between good-girl outsider Sandy and local greaser Danny, played by John Travolta. Learn more about how AMC is celebrating Newton-John’s legacy here.

To honor the late Olivia Newton-John: many of our U.S. theatres this weekend will show her classic 1978 hit movie Grease, again on the big screen. An inexpensive $5 admission price, and through our charity AMC Cares we will donate $1 per sold ticket to breast cancer research. pic.twitter.com/MQc28RwOPA

On Wednesday, AMC CEO Adam Aron announced that Grease would be playing at 135 locations. “To honor the late Olivia Newton-John: many of our U.S. theatres this weekend will show her classic 1978 hit movie Grease, again on the big screen,” he announced. “An inexpensive $5 admission price, and through our charity AMC Cares we will donate $1 per sold ticket to breast cancer research.”

Most outlets report that 135 AMC theaters will be participating in this Grease rerun, though Deadline reports that may be as high as 175 out of its 593 locations. Viewing can start Friday, though by time of writing there does not seem to be a single list of specific locations are participating. The AMC Theatres page for Grease does take users to a search bar where they can find their nearest theater based on their ZIP code to see if there are airtimes.

Still celebrating a classic and its stars

Tributes flooded in upon Newton-John’s passing, perhaps the most bittersweet coming from her former co-star Travolta. “My dearest Olivia, you made all of our lives so much better,” he said. “Your impact was incredible. I love you so much. We will see you down the road and we will all be together again. Yours from the moment I saw you and forever! Your Danny, your John!”

Fans of Grease will also get to revisit it through the upcoming Paramount+ musical series called Rise of the Pink Ladies. The romance comedy serves as a prequel to the original Grease, following several students from Rydell High School.

Will you be catching Grease at an AMC near you?

Click for next Article
Previous article: Meet Billy, John Stamos’ Only Child And Little Buddy
Next Post: Grossinger’s Resort, The Hotel That Inspired ‘Dirty Dancing,’ Was On Fire