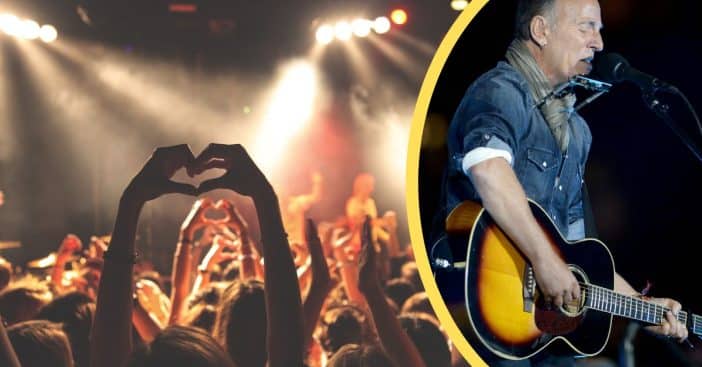 Bruce Springsteen is set to be touring in 2023 in a series of U.S. arena tour concerts. However, fans who made to buy from Ticketmaster faced prices that reached $4,000. When prices rose to this amount, fans of the “Thunder Road” singer took to social media to voice their grievances.

But what caused this? USA Today notes that Ticketmaster uses a “dynamic pricing” system, which means the cost of tickets changes in real-time to adjust for demand. While some online have called this “just scalping true fans,” Ticketmaster has since released some data that alleges most fans got tickets for much cheaper.

Bruce Springsteen and The E Street Band are touring in 2023, kicking off in February both in Europe and the U.S. This marks a big return to tours of this nature for the artist, and he said in celebration, “After six years, I’m looking forward to seeing our great and loyal fans next year. And I’m looking forward to once again sharing the stage with the legendary E Street Band. See you out there, next year — and beyond.”

The announcement came early in July and tickets went up on sale through Ticketmaster. Eventually, fans looking to secure access to a concert were met with a steep price and were very vocal about their displeasure. One Twitter user wrote, “I’m sure you won’t see this @springsteen but you or your management need to have a word with the abhorrent criminals running @Ticketmaster who are charging exorbitant amounts to see you in concert. Please listen to your fans, nobody can afford these ridiculous ticket prices.” Another shared a photo of when they tried to get tickets for a Baltimore concert, with the price reaching $2,450, not counting additional fees. At one point, floor seats rose to $4,000, with platinum reaching $4,500.

A breakdown of what went on

On Sunday, Ticketmaster released data to show that the Springsteen tickets did not start off at $4,000 and were not always so high; in fact, the data aims to show, most fans did not see such numbers. Arena shows were priced from $40 to $399, excluding fees. Specifically, over half of the tickets sold went for $200; of that portion, 27% were between $100 and $150.

This is backed by a fan who shared on Twitter, “Seats I paid $200 for this morning (crappy seats) are now over $800. What a load. I think there will be a lot of tickets available ahead of the concert. Who can pay that much?” A price tag for one moment would change later to something higher. So far, there has been no comment from a representative for Springsteen and the E Street Band. Ticketmaster has said that pricing is in accordance with industry standards for bands like this and that this price model “enables supply-and-demand pricing (adjusting prices according to supply and demand) for live event tickets, similar to how airline tickets and hotel rooms are sold.”

What is the highest ticket price you’ve ever seen?

Click for next Article
Previous article: Mira Sorvino Mourns The Death Of ‘Great Dad,’ Paul Sorvino
Next Post: At 79, Eric Idle From ‘Monty Python And The Holy Grail’ Is Bringing ‘Spamalot’ To The Big Screen