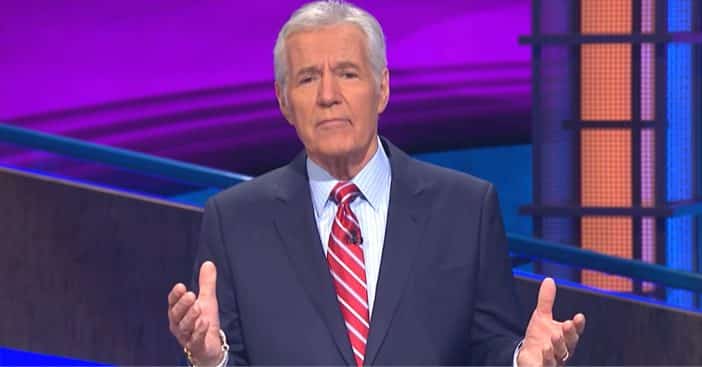 The July 22 episode of Jeopardy! was a particularly bittersweet one, as that Friday coincided with what would have been Alex Trebek’s 82nd birthday. Trebek died in 2020 after an almost two-year battle with stage IV pancreatic cancer. Game show viewers anticipated an on-air mention of this important date as Ken Jennings hosted but were ultimately left wanting.

Jennings has been hosting Jeopardy! on and off alongside Mayim Bialik, as the search for a single permanent host continues. Comparisons to Trebek endure as fans of the show hope whoever is given the task lives up to the legacy he has cemented. On his birthday, their thoughts are with Trebek with renewed fondness.

‘Jeopardy!’ fans waited for an on-air tribute to Alex Trebek on his birthday

Friday’s episode of Jeopardy! appeared to proceed with business as usual. About a week ago, Jennings returned to Jeopardy! to perform his round of hosting duties while Bialik tapped out for the time being. There have been hints that the show’s producers will be announcing a permanent choice soon. But for now, Jennings oversaw a round that saw Emmie Trammell looking to secure another victory, only to be thwarted by fellow contestant Karla Fossett.

RELATED: This Tweet From Ken Jennings Has ‘Jeopardy!’ Fans Riled Up

The episode continued but neither Jennings himself or any text or audio cues made mention of Trebek’s birthday. Fans went online to voice their hopes for some kind of mention. One requested, “Please honor Mr. Trebek’s memory and pay him the tribute he so richly deserves.” The date made another say, “I still miss Alex so much.” However, a different fan voiced their opinion with, “Ken Jennings is a joke!”

It’s worth noting that Jeopardy! is taped in advance and not actually happening live, even when a brand new episode airs. There are several designated taping days throughout the year where they compile footage in advance and Distractify writes that the show can film as far as three months in advance, with one week of filming generating two weeks of game episodes. This means contestants can compete and then have to wait weeks, if not months to see their game. Fossett, the newest champion, made some note of this when she tweeted, “Humbled and honored when I realized that my episode of Jeopardy! is airing on Alex Trebek’s birthday.”

Celebrate Alex’s incredible legacy by learning about the recently-opened Trebek Center at @hopeofthevalley, an organization near and dear to his heart: https://t.co/9pBnSPeAj1 pic.twitter.com/2fPANLGeC3

This indicates not everyone, even direct participants, knew their time at the buzzer would air for the first time on national television on Alex Trebek’s birthday. So, for Jennings to not mention the occasion during the episode – that was possibly from weeks or months ago – can be explained that way. A tribute could have been added in post-production, perhaps. But the Jeopardy! team did pay homage to Trebek on its Twitter page with a post reading, “Happy 82nd birthday to the man who showed us the power of knowledge. Celebrate Alex’s incredible legacy by learning about the recently-opened Trebek Center at @hopeofthevalley, an organization near and dear to his heart.”

RELATED: Alex Trebek’s Family Honors His Memory Through Two Things Important To Him