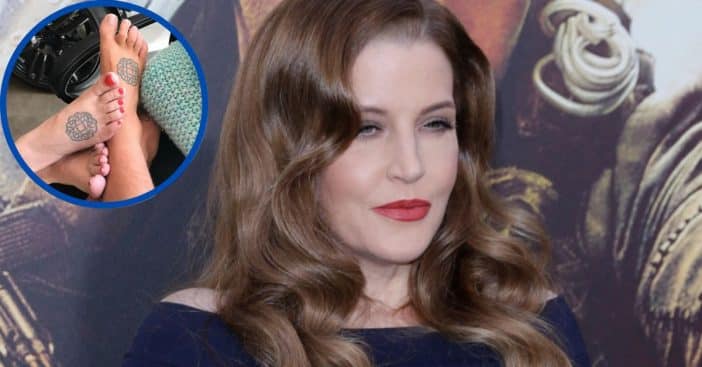 It has been two years since the death of Benjamin Keough, the son of Lisa Marie Presley and grandson of Elvis Presley. Following Benjamin’s passing, Lisa had maintained a relatively scarce presence online. This week, however, she took to Instagram and Twitter to share a tribute post honoring Benjamin’s memory, which shows matching tattoos Lisa and Benjamin had.

The posts come two years after Benjamin died on July 12, 2020. The cause of death was ultimately deemed suicide, after a self-inflicted gunshot wound. Benjamin was just 27 when he died, and Lisa has admitted to still aching from the loss.

On Tuesday, Lisa shared a bittersweet post to Twitter and Instagram. “Several years ago, on Mother’s Day, my son and I got these matching tattoos on our feet,” she revealed in the caption. “It’s a Celtic eternity knot. Symbolizing that we will be connected eternally. We carefully picked it to represent our eternal love and our eternal bond.” It ends with a broken heart.

RELATED: Lisa Marie Presley Through The Years: Her Life In Photos

The accompanying photo shows Lisa and Benjamin with their tattoos on their feet. Lisa’s toenails are painted a bright red-pink as she leans against Benjamin’s ankle. Lisa’s manager has said “She adored that boy,” and further shared, “He was the love of her life.” Coping with this heartbreaking loss has been hard for the whole family.

Those tattoos represent the feelings Lisa still has

Lisa has had a bit more of a presence online promoting the latest Elvis biopic, and even then, Benjamin is on her mind. She wishes he could have seen the film, which features Tom Hanks as Presley’s manager, and Austin Butler as the King of Rock and Roll. Otherwise, she is mourning and is left with what she calls a “hideous grief” from Benjamin’s death.

Click for next Article
Previous article: ‘Dirty Dancing’ Is Returning To Cinemas For Its 35th Anniversary
Next Post: Steve Martin And Martin Short Reflect On 36 Years Of Friendship