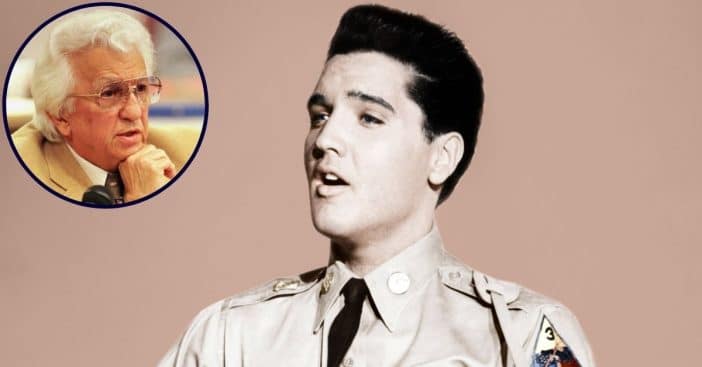 Dr. Nick played an important and significant role in Elvis Presley’s life. The doctor, whose actual name is Dr. George Nichopoulos, made himself available to Elvis in a variety of ways as deemed necessary at any given moment. “At times, I was his father, his best friend, his doctor. Whatever role I needed to play at the time, I did,” he told Daily Beast in 2009.

Although he wasn’t found guilty of Elvis’s death, he eventually lost his medical license on the same basis he was accused of in Elvis’ death— drug overprescription. Between 1975 and 1977, it was shown that he prescribed 19,000 drug doses, with 10,000 prescriptions in 1977 alone, the year Elvis died.

How did Dr. Nick come into Elvis Presley’s life?

Life has a way of bringing people together, and Dr. Nick and Elvis Presley’s journey started when he was called on to treat the King of Rock n’ Roll’s saddle sores. It’s no secret Elvis loved horseback riding; unfortunately, he must have done so to the point where he got those sores that needed treatment. There is also the chance they may have met earlier as both were in the Army and served in Germany, where Elvis met his ex-wife, Priscilla Presley.

Between 1967 and 1970, he was an on-and-off doctor for the singer until 1970, when he became his full-time doctor. In his role, he treated not only Elvis but the members of Elvis’ band and entourage. Sadly, it seems the doctor broke his Hippocratic Oath with his large quantities of prescriptions, which one can safely say was a major factor in Elvis’ addiction.

He claimed he didn’t have the final say in Elvis’ decision as the singer believed he was right at all times. “It’s hard to convince somebody what’s right and wrong or what they need to do. It’s hard when you’ve got somebody that thinks they have all the answers and no matter what you throw at ’em, they’ve got answers for you,” Dr. Nick told The Guardian in 2002. That must have really been a tough position to be in.

Sadly, the King was found dead in his Graceland estate in 1977, and an autopsy showed toxic substances in his system. Dr. Nick would later go on to claim he only prescribed two out of the numerous drugs found in the late singer’s body. He was not arrested, because the late singer’s autopsy report showed he died of a heart attack probably caused by the large quantities of drugs in his system.

Subsequently, he continued his practice until three years after, when he was charged with 14 counts of stimulants, painkillers, and depressants overprescription. He got off the hook the first time; later, in 1980, the Tennessee Board of Medical Examiners suspended his license for three months for the same reason.

Fifteen years later, he finally lost his medical license based on his years-long drug overprescription. He appealed the decision numerous times and claimed it was due to his overly caring nature. At least he acknowledged what he’d done. Surprisingly, he didn’t let that tear him down; he picked himself back up and worked in the FedEx disability claims department and also did a short stint as singer Jerry Lee Lewis’ road manager, despite the fact he was accused of overprescribing him as well. Finally, he died in 2016, thirty-nine years after Elvis’ death.

Click for next Article
Previous article: Danica McKellar Shares A Surprising Selfie With Another Former Hallmark Star
Next Post: How Is Lisa Marie Presley In $16 Million Debt Despite Inheriting Her Father’s Millions?