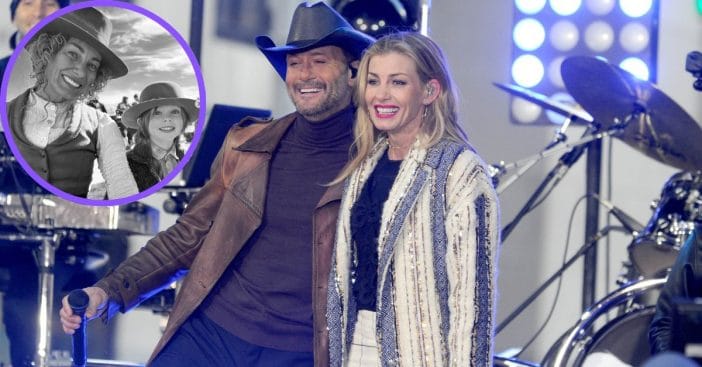 Since 1993, Faith Hill has been an entertainment icon thanks to her music and acting. But those are just side notes, secondary titles to the one Hill uses first above all others for herself: mom. She also strongly identifies as the loving wife of fellow country icon Tim McGraw, a trait that also shaped how she conducts her work as an actress.

Most recently, the couple’s relationship along with Hill’s motherhood informed her acting methods for the Yellowstone prequel 1883, which sees her and McGraw playing a married couple and parents. These were two titles Hill relates to very strongly, even before artist, so she both tapped into her own experiences and shed what she knows to bring the character of Margaret Dutton to life.

Faith Hill calls herself a mom first before anything else

“Once you’re a mom, you’re always a mom,” Hill asserts. “Everything I think about in my life, I think about it as a mom, period. Not as an artist or whatever, I’m a mom first.” Indeed, Hill is a mom to three children with McGraw: daughters Gracie Katherine, Maggie Elizabeth, and Audrey Caroline. Hill found out she was pregnant with Gracie not long before she and McGraw decided to tie the knot in 1996. So, playing a mom for the small screen is not a stretch of the imagination for Hill and she knew right away to let her care for children – fictional or otherwise – take center stage.

RELATED: Faith Hill Was Grossed Out Growing Armpit Hair For For The ‘1883’ TV Show

As for her 1883 counterpart, she’s the mother of the teenage Elsa Dutton, played by Isabel May. Elsa provides a voice for the show and offers a balance of innocence and capability that lets her feel a sense of hope her older relatives might have grown out of. Hill’s precocious TV daughter was not the only one who had to get hands-on throughout the show. “I’m taking care of our home, farming, gardening. I was doing it all, pregnant with our daughter,” she shared. “She’s tough. She reminds me a lot of my mom, to be honest, when I think about all that she did for us, growing up.” That’s the name of the game, isn’t it: doing what must be done for the kids and family as a whole. “Man or woman, it didn’t matter,” Hill stressed, “You had to survive. So there are skills you’d have to learn that you wouldn’t imagine you’d ever need in your life.”

Tapping into real marriage, but not too much

That is how Faith Hill played her character as a fellow mom. As for channeling Margaret’s role as a loving wife, that was a little more complex. Hill is married to McGraw, who plays her character’s husband, though – shouldn’t it be easy? Not quite. In their private life, Hill and McGraw have a rule of never going more than three days without seeing each other. They still abide by that, but Hill was adamant about not bringing 1883 home with them.

“Tim would walk into the house, and he’d shout out a line from the show and I’m like, ‘Ah ah,’ and close my ears,” said the actress. “I felt that in order for it to be as authentic as it needed to be, we needed to really meet one another on set as Margaret and James.” Their story was not the Dutton family’s, just as for 1883, she was not Faith Hill and he Tim McGraw; they were Margaret and James Dutton and it would have made no sense for viewers to just watch the love story between two country music singers from the present day. “We’d never run lines together, until they said ‘action’, and that was the first time,” Hill outlined. “For me, it was off-limits, and it had to be that way. When you’re with someone for so long, and know him so well and vice versa… I wanted to know James, and he needed to know Margaret.”

RELATED: Tim McGraw Avoided Showers To Film ‘1883’ Until Faith Hill Forced Him To Clean Up

Click for next Article
Previous article: Nicole Kidman And Husband Keith Urban Both Grew Up Very Poor
Next Post: ‘The Little Rascals’: Carl ‘Alfalfa’ Switzer Was the Target of a Shooting a Year Before His Murder