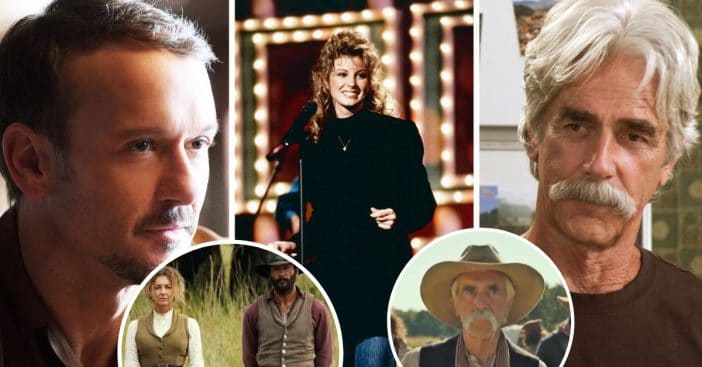 1883 is the prequel to the series Yellowstone. Many fans are very excited about the new series, especially due to the casting choices. Sam Elliott, Tim McGraw, and Faith Hill will all appear in the new show. It is set to premiere on Dec. 19 on Paramount+.

Yellowstone recently premiered its fourth season and fans got a first look at 1883 during the episode. Now, you can watch the full trailer below. The show focuses on the early Duttons so it should give some backstory to the characters and storyline on Yellowstone. It appears to be set during the times of people traveling out West in covered wagons to find a better life.

The first clips and photos of Tim, Faith, and Sam in character seemed to get fans really excited! In the clips, you can see them with a beautiful backdrop and covered wagons going out West. Even some of the actors of Yellowstone, including Jefferson White (who plays Jimmy) commented on the post to share his excitement. He wrote, “CANNOT WAIT.”

One fan commented, “You know it’s gonna be good when Sam Elliot is in it,” while another shared, “I am so looking forward to watching this new series, Tim Mcgraw and Faith Hill together, hello, [it’s] going to be awesome.” We can’t help but agree it looks like a wonderful cast! It also includes newcomer Isabel May who previously starred in the Netflix series Alexa & Katie. That was her first lead acting role.

Luckily for fans, they don’t have to wait too long since the show premieres in about a month! Watch the trailer below and share your thoughts in the comments: