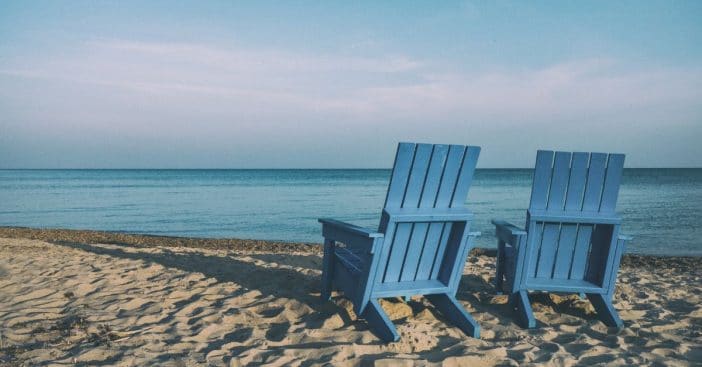 Countless days upon days of dedicated service. Adjusting and adapting. Navigating the intricate rules and decorum of each unique workplace. Entering and staying in the workforce comes with frequent hurdles, big and small, to figure out, and retirement should be the deep restful sigh at the end of this long marathon. But, one retiree found, many actually face a particular regret once they reach retirement.

There are a few, actually, as found by author George Jerjian, who had to retire back in 2007 when he was 52 for health reasons. He gradually built his health back up, and retirement lasted for about ten years – then new feelings started creeping in. But was he the only one having this remorse? No, he learned, when he reached out to other retirees and got them talking. Among thousands of retirees questioned, one thread of desire connected them: a desire for purpose.

Jerjian is no longer retired; he instead launched a mindset coaching company. During his relatively brief window of retirement, he felt ill at ease with feelings of restlessness. He even felt a bit lost. But things like that don’t come up in the grander discussion of aiming for that rewarding finish line, so he wondered if he was alone in this. To get answers, he performed a deep survey of 15,000 retirees and asked, “What is your single biggest challenge in retirement?” There were many different answers from these many different people, but he was able to isolate a common theme.

The retirees in question worried about their mental health deteriorating, they worried about losing the opportunity to continue doing things now that they’ve reached 70 with heart problems, some admitted to feeling rejected or unseen, and others felt they lost their entire identity when they stepped away from their job. Jerjian believes the common thread among the various answers is a sense of purpose. That’s in part because of the way retirement planning is thought of in society, he feels.

Don’t forget to plan for retirement, not just save for it

One of the biggest points Jerjian emphasizes is the difference between saving for retirement and planning for it. You’ve reached the finish line! Congratulations! You’ve also got a healthy sum set aside so you don’t have to worry about working for money again! Now what? How does that time get filled? That’s a question answered not exclusively by retirement saving but by retirement planning. That planning, he asserts, should account for nurturing good mental health, found in a powerful way by securing a sense of purpose.

on a lifelong search for ikigai 🔭 pic.twitter.com/pr3nmu84zw

A 2021 study published in the Journal of Applied Gerontology noticed an apparent link between a purposeful life and healthy lifestyles, along with a slower onset of chronic conditions. It turns out tending to meaningful causes does not have to be independent to a person’s happiness; in fact, the strongest sense of purpose is achieved when a person’s favorite activities can overlap with things the world needs, according to the Japanese concept of ikigai, or “your reason for being,” another important concept Jerjian wants to teach others. Right at the center of “your reason for being” is the overlap between “what you’re good at,” “what you love,” “what you can be paid for,” and “what the world needs.” This, Jerjian stresses, does not mean reentering the workforce in the traditional full-time sense. Are you good at knitting and love designing colorful patterns? Socks are a vital article of clothing people would love to acquire; that can become a relaxed business venture of a kind. Ideas like these are just a few notes in the greater discussion that comes when finally discussing lingering retirement regret and where such a feeling stems from. Of course, this hard-earned time can also be spent enjoying parts of life that were hard to savor between working hours.

Are you retired, and if so, how did you feel about the change?

Click for next Article
Previous article: Gas Station Owner Lowers Selling Price For Customers: “We Don’t Go By Money”
Next Post: Tom Hanks Isn’t Happy With One Of His Most Popular Films