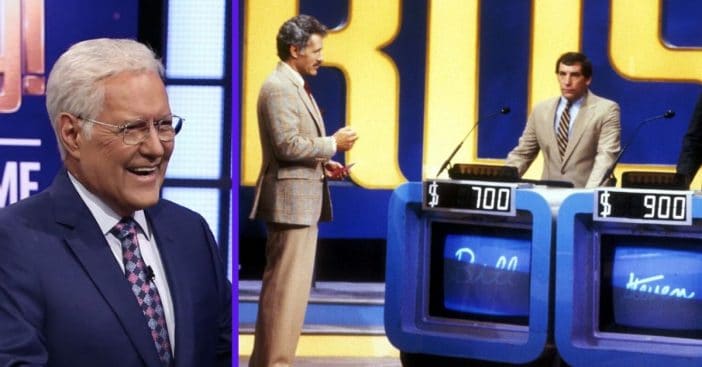 Alex Trebek has been the host of Jeopardy! for a long time, since 1984 to be exact. Even in the midst of a pancreatic cancer battle, he remains more positive than ever. However, he does have one career regret that he has since revealed. Back in 2007, he did an interview with the Television Academy Foundation on one career regret that came out of a missed opportunity for him.

“My one regret would be that I never pursued acting,” he says. “Because that was my earliest ambition, to be an actor. But I auditioned for an acting job, there was a drama being produced by the CBC, when I was a staff announcer. And I auditioned for the head casting director at the CBC.”

Well, apparently that casting director was underwhelmed with Trebek’s audition. He even encouraged Trebek to keep his day job. “And after the auditions, he said, ‘Well, that was, that was pretty good. But, I wouldn’t give up your broadcasting career,’” Trebek says. “So maybe that was prophetic good advice, because I think it’s worked out pretty well in broadcasting.”

RELATED: Alex Trebek Discusses The Regret He Has In His Longtime Marriage

Despite this missed opportunity, everything truly does happen for a reason. A lot of us are so happy that our TV screens have been graced with his presence on Jeopardy! for years now. But we also completely understand the regret of a missed opportunity when it comes to your career.

How he’s holding up these days

In the wake of his cancer battle, Trebek has vowed to keep working as long as his health will allow him to. His wife, Jean, has been there for him through the whole thing. Though, he admits he didn’t tell her about his diagnosis “as quickly as I could have” because it wasn’t “devastating” to him. “Throughout my life, I’ve always wondered about how courageous a human being I was,” Trebek says on having cancer.

“I just look at it as it’s a part of life. Does that mean I’m courageous because I’m dealing with it? No. I could be scared to death and I’d still have to deal with it.” As we heard last, Trebek had been keeping up with chemotherapy treatments after some tumors that had previously shrunk, came back. We hope that he’s doing well and staying in good spirits as usual!

Click for next Article
Previous article: WATCH: Dolly Parton, Pentatonix, And Miley Cyrus Deliver Amazing Rendition Of ‘Jolene’
Next Post: In Honor Of Richie Sambora’s Birthday, Let’s Look Back On His Biggest Hits