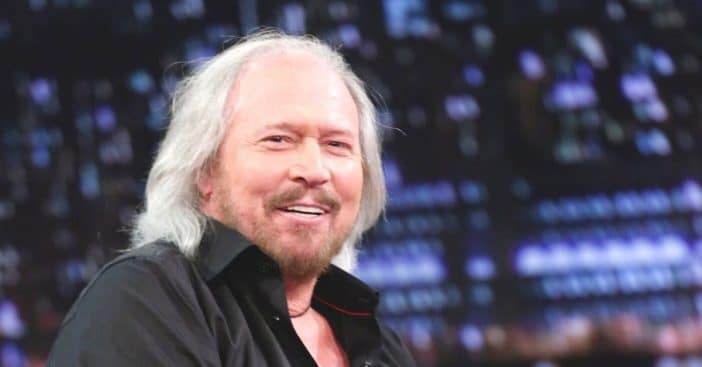 Barry Gibb is the last surviving member of the Bee Gees. He recently reflected on his life and talked about his brothers and the new documentary about their incredible career. The HBO documentary came out last year and is called The Bee Gees: How Can You Mend a Broken Heart. Even though Barry gave some interviews for the documentary, he said he can’t watch it in its entirety.

The 74-year-old admitted, “I haven’t seen it. I did the interviews, I did everything that was asked of me and I can’t vouch for anyone’s opinion in the documentary.”

While Barry is very proud of his career and his life, he does have some regrets. He shared that he wishes he spent more time with his brothers before their deaths. The youngest brother, Andy Gibb died in 1988 when he was just 30 years old. Maurice died in 2003 at 53 and Robin died in 2012 at 62.

Barry shared, “The greatest regret for me is that I didn’t spend enough time with my brothers in their last days. That’s a regret. I went to see Robin when I knew his time had run out and Maurice was gone within two days. So once again you can’t predict these things, it just happened — and Andy, of course, was the first [to go]. Devastating.”

While sadly, Barry’s brothers have passed, he still has a sister. She is 76 and lives in Australia.

Click for next Article
Previous article: Whatever Happened To Max Wright, Willie Tanner From ‘ALF’?
Next Post: How Many Wheels Are Used In ‘Wheel Of Fortune’? I’d Like To Solve The Puzzle!