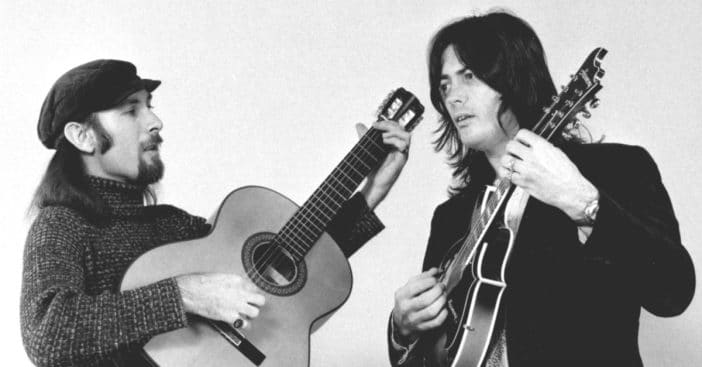 Jim Seals, of the 1970s soft rock duo Seals and Crofts, has died. He was 80 when he passed away of currently unknown causes on June 6. News of his death comes from his cousin, country singer Brady Seals, in a Facebook post. Other friends and relatives further confirmed the news throughout much of Tuesday.

Seals and Crofts dominated and soothed the airwaves throughout the ’70s with gentle hits like “Get Closer,” “Diamond Girl,” and “Summer Breeze.” Seals performed as the lead vocalist. He is predeceased by his brother Dan Seals of yet another soft rock duo, England Dan & John Ford Coley.

The life and career of Seals and Crofts

Born as James Eugene Seals on October 17, 1942, Seals grew up in Texas like his future bandmate Dash Crofts. He first played sax for Dean Beard and the Crew Cats. After Crofts joined the band, they moved to Los Angeles. Throughout the late ’60s and as recently as the early 2000s, each band member separated and reunited, collaborating and doing their own respective projects. For Seals, that at one point meant providing a B-side track for Brendan Lee titled “It’s Never Too Late.”

Partnership with Warner Bros. Records marked their strongest releases as a duo. After the first album, Year of Sunday, reached #133, the subsequent album Summer Breeze peaked at #7 in 1972. With two million copies sold in the U.S. alone, it is certified 2x platinum. They made a strong followup with 1973’s Diamond Girl with its title song and the single “We May Never Pass This Way (Again).”

Announcing the death of Jim Seals

“I just learned that James ‘Jimmy’ Seals has passed,” reads Brady’s announcement. “My heart just breaks for his wife Ruby and their children. Please keep them in your prayers. What an incredible legacy he leaves behind.” These sentiments were echoed by John Ford Coley of the band England Dan & John Ford Coley. Coley wrote, “This is a hard one on so many levels as this is a musical era passing for me. And it will never pass this way again, as his song said.”

Coley added, “You and Dan finally get reunited again. Tell him and your sweet momma hi for me.” Seals had married Ruby Jean Anderson in 1970 and the two remained together until his passing. Rest in peace.