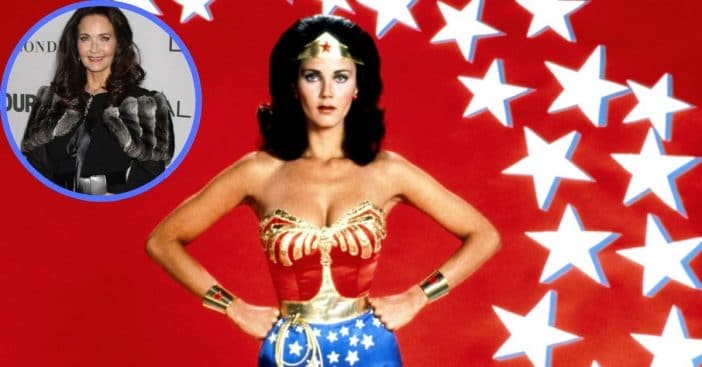 Wielding her lasso of truth and protected by her unbreakable bracers, the Amazing Amazon Diana of Themyscira truly was Wonder Woman. So too was Lynda Carter, who brought the warrior to life for three seasons, from 1976 to 1979. Though this already marked an incredible, lasting feat, Carter went on to enjoy even more triumphs over the years. Catch up with her here.

Diana, Princess of the Amazons balanced a lot in her everyday life as a champion of humanity with the guise of an ordinary human helping U.S. pilot Steve Trevor. Fittingly, Lynda Carter herself also balanced a lot of activities and interests. Born on July 24, 1951, Carter showed an early propensity for music and was part of a band called Just Us. She kept her aspirations high and dreamt of life as a singing, dancing star, fueled on by winning the title of “Most Talented” at her college. Life just continued proving her confidence to be well-placed; in 1972, she won the Miss World USA pageant, hosted in Virginia while she represented her home state of Arizona. This particular victory helped secure attention from ABC and CBS.

Themyscira raises up the Amazing Amazon champion with Diana Prince

Luck arrived in abundance just in the nick of time. Carter had been living off of savings from band tours to build up her acting career. Finally, she was scooped up to star as the Amazing Amazon Wonder Woman, known to Steve Trevor as Diana Prince. There, she utilized her background in the arts to shape Wonder Woman for the better. Diana’s famous spin-change sequence was Carter’s brainchild. Watch closely and you’ll see that’s definitely a dancer’s spin; she keeps her eyes focused on a certain point while spinning to avoid getting dizzy. This idea proved so popular, DC Comics included it in future comic editions and in animated shows. In this way, Carter became Wonder Woman and Wonder Woman became Carter. She also did her own stunts, including a scene where she hangs from a helicopter that’s actually flying. Let there be no doubt, producers chose a real superhero for this role.

However, Carter needed to be a hero for herself, which proved difficult. Throughout the years, she battled alcoholism; her marriage to talent agent Ron Samuels was very unhappy, which drove her to drink. But when the marriage ended, her drinking didn’t. Her subsequent marriage to Robert A. Altman brought its own turmoil with his fraud charges, but after his acquittal, she too focused on straightening her life out. This allowed her to enjoy more on-screen roles; she switched between music and acting long enough to earn the starring role in Rita Hayworth: The Love Goddess. Also, blink and one might miss her appearance in the 1-800 CONTACTS commercial, back when known as Lens Express.

When Wonder Woman entered syndication, she stayed involved with the show’s hype by speaking with friends, even during online events.

How old is the original Wonder Woman?

Throughout the years, Lynda Carter had no trouble keeping herself busy, even in the face of some hiccups of varying severity. Her 1984 show Partners in Crime with Loni Anderson never made it beyond the first season, but she defers back to music as she pleases. Just last year, she and her daughter Jessica took the stage together, looking like a pair of wonder sisters as they sang side-by-side.

Carter discretely donned the Amazing Amazon’s powerful gear in the live-action Wonder Woman 1984, directed by Patty Jenkins. While Gal Gadot currently wields the lasso of truth, Carter made a stunning cameo in a mid-credits scene as a warrior named Asteria, who played an important role in protecting Themyscira.

Carter definitely did that over the years and she pays respect to the role to this date. At 69, she still makes posts that offer nods to the franchise, but also acts as a hero to others. She supports breast cancer cure research, bodily autonomy for women, marriage equality, and remains transparent about her battles with addiction, speaking to those facing the same hurdles too. Maybe ABC and CBS worked with an actual warrior princess all those years ago.

Click for next Article
Previous article: The Day After Don Knotts Died, Andy Griffith Shared Emotional Interview
Next Post: Before Snoopy, There Was Eugene The Jeep, Possible Inspiration Behind The SUV