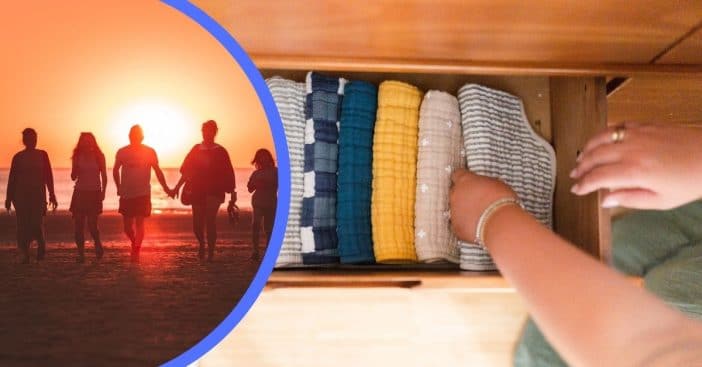 Reddit is the home of a thread nicknamed AITA, which asks, “Am I the a—?” Users present the outline of a personal scenario, usually involving conflict, and asks the Internet who is in the wrong. One recent thread presents a mother-in-law with limited boundaries and a family member whose bid for privacy frustrated their relatives.

Family relationships, wedding traditions, gift-giving, and related issues like that are common topics for the AITA thread. So far, many responders have declared the person who penned this post “NTA,” essentially saying they weren’t in the wrong. So, what did the mother-in-law do that has many people calling for boundaries and talking about manipulation?

One person claims their mother-in-law is disrespecting their boundaries

Reddit user Sandra2012atp shared a story of family drama sparked by the actions of her mother-in-law against some household boundaries. She calls her husband’s mother very sweet and assured that they usually get along very well. However, she also wrote, the mother-in-law would often go through drawers looking for unrelated objects – perhaps, for example, a charger. During her search, though, she would find personal items, including lingerie; when this happened, she protested how uncomfortable finding this made her. The user’s husband has suggested retrieving whatever the mother-in-law needs personally, cutting her off from the drawers. But, the user writes, “she never asks!”

So, Sandra2012atp thought of a different solution. “I decided to label my drawers,” she explained. She labeled socks, lingerie, “underwear drawer, electronics, makeup drawer,” and so on. After that, one day, the user was working in the kitchen when her mother-in-law went into the bedroom to get something. When she saw the labels, she expressed indignation. “I told her I just labeled each drawer to end her confusion and help her find what she’s looking for quickly,” the user shared. “She looked offended and said that she was [neither] a small child nor stupid to be treated like this. I said I was really trying to help and also try to prevent her from seeing ‘stuff’ that upset her in the past.” The mother-in-law left, upset, to stay with the user’s brother-in-law, who later berated the couple; her husband then reportedly blamed her for causing this fallout.

Taking sides and setting boundaries against the mother-in-law

Responders have taken sides on the issue and most feel that the mother-in-law was at fault. One belives, “She feigned confusion to excuse her snooping. You believed and accommodated her. She’s mad you believed her lies and took her excuse away.” Another feels, “Now she’s turned herself [into] the victim by saying you did that to insult her intelligence,” and adds, “Your MIL [mother-in-law] is a great manipulator.”

Yet another believes this mother-in-law “needs firm boundaries.” Yet another feels the mother-in-law’s behavior is a red flag for psychological abuse and manipulation. In fact, “The No-Boundaries In-Law” is listed as a toxic in-law on Considerable in a discussion of what to do about these types of relatives. The outlet writes, “Underneath that enthusiasm lies anxiety to get what they want, which makes their behavior anything from incredibly annoying to downright rude.”