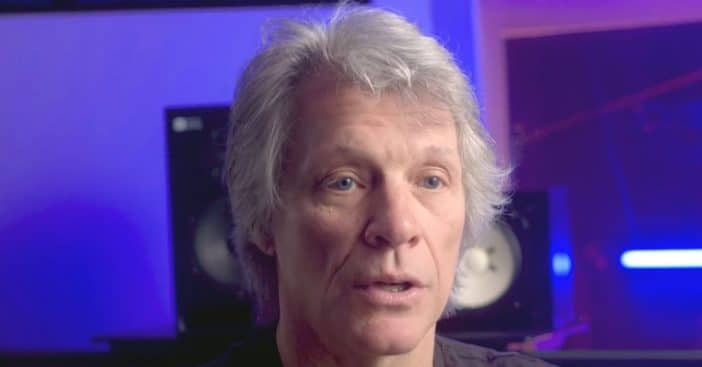 Justin Hawkins, the frontman of the band The Darkness, is talking about Jon Bon Jovi‘s vocal issues. During Bon Jovi’s recent tour, fans noticed that he was having some problems. He was off-key and his voice was shaky at certain parts during the concerts.

Justin watched some of the performances and shared his opinion on what he believes may be the issue with Jon. He said in a YouTube video, “It sounds like he needs some kind of therapy. It doesn’t sound like it’s a polyp or some sort of lump on his vocal cords ’cause that would be more unpredictable — he would be hitting the notes and then it would squeak off and it would do something unexpected. … But that’s not what’s happening here. This sounds like he’s super tired.”

Due to his age, Jon has been singing in a lower key and his band adjusted. Still, something seems off and consistent reviews of the concerts have said that his voice was just not the same. Justin also questioned if hearing loss is a problem as well.

He continued, “It sounds like something he’s gonna need some therapy with — actually talk to somebody and try and coax the performances back out. It doesn’t sound to me like there’s damage in there. I’m not a doctor but I’ve experienced voice problems before. And to hold a note with it being off key suggests some pitching issues that might be to do with hearing, as well.”

Justin concluded, “It’s not fun to watch this and it isn’t fun to regard one of the greats. He’s a great singer — he always has been — but this sounds like something is eating away at him from the inside. … And I feel like the people around him need to tell him to stop.”

Hopefully, Jon can get his vocal issues fixed soon!

Click for next Article
Previous article: One Mother-In-Law Has The Internet Buzzing About Boundaries And Manipulation
Next Post: ‘Little House On The Prairie’ Star Melissa Gilbert Says She Doesn’t Miss Hollywood At All