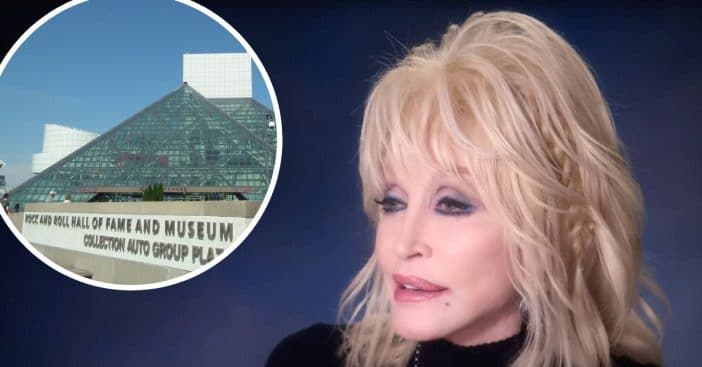 Dolly Parton was one of the nominees for the Rock & Roll Hall of Fame this year. She recently asked to be removed from the ballot because she claimed that she “hasn’t earned the right.” Despite her objections, the foundation said that they are leaving her on the ballot with 16 other artists.

A spokesperson for the Rock & Roll Hall of Fame said, “All of us in the music community have seen Dolly Parton’s thoughtful note expressing her feeling that she has not earned the right to be inducted into the Rock & Roll Hall of Fame. In addition to her incredible talent as an artist, her humility is another reason Dolly is a beloved icon by millions of fans around the world.”

The statement continued, “From its inception, Rock & Roll has had deep roots in Rhythm & Blues and Country music. It is not defined by any one genre, rather a sound that moves youth culture. Dolly Parton’s music impacted a generation of young fans and influenced countless artists that followed. Her nomination to be considered for induction into the Rock & Roll Hall of Fame followed the same process as all other artists who have been considered.”

Prior to the statement, Dolly opened up about the nomination and why she didn’t feel that she should be considered for the prestigious award. She bravely shared, “Well, I didn’t feel exactly right about that because my perception, and I think the perception of most of America — I just feel like that’s more for the people in rock music. I’ve been educated since then, saying that it’s more than that, but I still didn’t feel right about it. It kind of would be like putting AC/DC in the Country Music Hall of Fame. That just felt a little out of place for me.”

She added that she is very flattered and grateful to be nominated. She wrote on Instagram, “This has, however, inspired me to put out a hopefully great rock ‘n’ roll album at some point in the future, which I have always wanted to do! My husband is a total rock ‘n’ roll freak, and has always encouraged me to do one.”

What do you think? Should the nominees only be rock music artists and bands or can all musical genres be considered? The winners will be announced in May 2022.