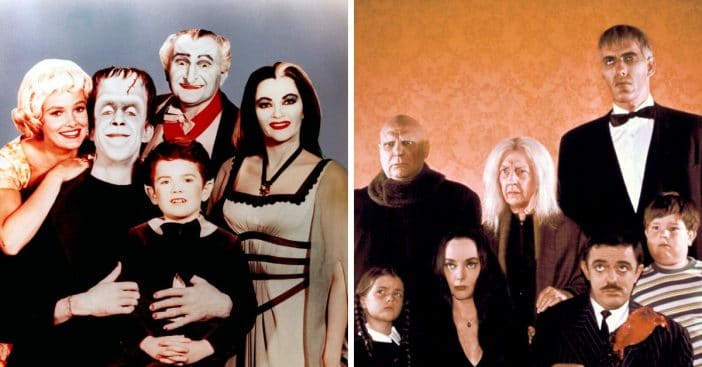 The Addams Family and The Munsters both premiered in 1964. Both shows only lasted two seasons but remained in pop culture history. The shows follow similar premises, so it leads fans to believe: which idea actually came first? Did one show copy off of the other?

It was actually The Addams Family that came first. Charles Addams first created the comic that eventually became the series. Charles was a cartoonist for The New Yorker as early as 1932 and created The Addams Family comic in 1938. He had created over 50 comic strips before the show was created by David Levy.

Which came first: ‘The Munsters’ or ‘The Addams Family?’

The Munsters debuted just a week later on another network. The creator, Allan Burns, actually admitted that they stole certain ideas! He said, “We sort of stole the idea from Charles Addams and his New Yorker cartoons…. Because Universal owned the Frankenstein character and the Dracula character for movie rights, they decided to take their characters instead of the characters we had written.”

RELATED: ‘The Addams Family’ Cast Then And Now 2022

Interestingly enough, The Munsters did out-perform The Addams Family on ratings during those two seasons. These days, both shows live on and have been created into countless new shows and movies. A new show based on the character Wednesday Addams is in the works while Rob Zombie is working on a new Munsters film.

Which is your favorite: The Munsters or The Addams Family? Are you excited for the upcoming new versions?

Click for next Article
Previous article: Get Rewarded For Your Online Shopping & Save Loads With This Free Browser Tool
Next Post: How Richard Gere Met And Married The Woman Of His Dreams In His Late 60s