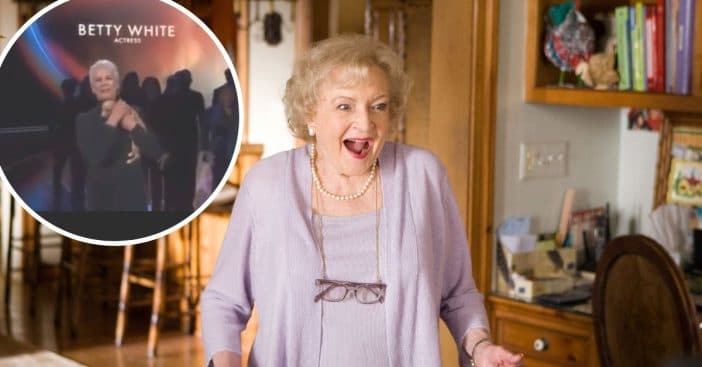 Actress Jamie Lee Curtis paid tribute to the late Betty White in several ways at the 2022 Oscars. First, Jamie shared that she was wearing a Stella McCartney dress and wanted the designer to dress her for the awards to represent Betty and her love of animals.

She continued, “Stella, who uses sustainable materials [and] non-animal materials. I went to [her] and said ‘Hey, is it possible you might have something for me to wear to the Oscars?’ And they made me this dress. I feel like it is telling Betty’s story.”

During the awards ceremony, Jamie appeared on stage with an adorable puppy named Mac-N-Cheese to honor Betty during the In Memoriam segment. While holding the dog, she said, “She was not only a Golden Girl, she was a legend who brightened every room she walked in and brought a smile to the faces of all who watched her on the screen. And day in and day out for almost a century, she was a woman who cared so much for not just her two-legged friends but for animals just like this.”

Jamie added, “So the greatest gift you could give Betty White is to open your heart and your home and adopt a rescue dog just like Mac-N-Cheese from Paw Works. So thank you, Betty, thank you for being a friend to us all.” What a lovely tribute to the beloved actress who died at the age of 99 on Dec. 31.