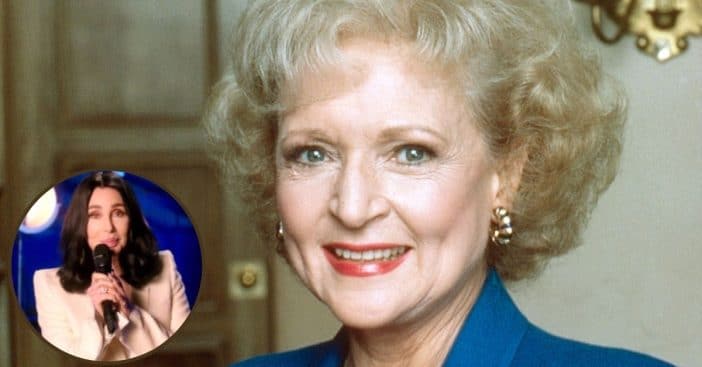 Cher will be contributing to a new version of the Golden Girls theme song for an upcoming tribute for Betty White. The singer shared a clip to social media, singing a cover of the iconic ’80s sitcom theme titled “Thank You For Being a Friend.”

The familiar tune was originally written and recorded in 1978 by Andrew Gold, and later covered by Cynthia Fee, which was the version that was ultimately used on the award-winning TV series.

RELATED: Remembering Betty White On What Would’ve Been Her 100th Birthday

NBC also released a statement on the tribute special, saying, “Co-stars, friends, admirers and those who shared special moments with White recount their favorite memories and reveal untold stories to commemorate the life and legacy of the trailblazing television star.”

“The telecast will include clips and never-before-seen footage that best capture White’s irreverent tone, spirit and impeccable comedic timing that are a hallmark of her decades-long career.”

White passed away on December 31st, 2021, six days after suffering a stroke. She was 99, just about two weeks shy of her 100th birthday. Up until her death, she had been doing interviews, talking about how she planned to celebrate her big 1-0-0 and how she felt about turning 100. “Even though Betty was about to be 100, I thought she would live forever,” said her agent and friend Jeff Witjas. “I don’t think Betty ever feared passing because she always wanted to be with her most beloved husband Allen Ludden. She believed she would be with him again.”

RELATED: Betty White Filmed A Special Video For Her Fans Just Before Her Death