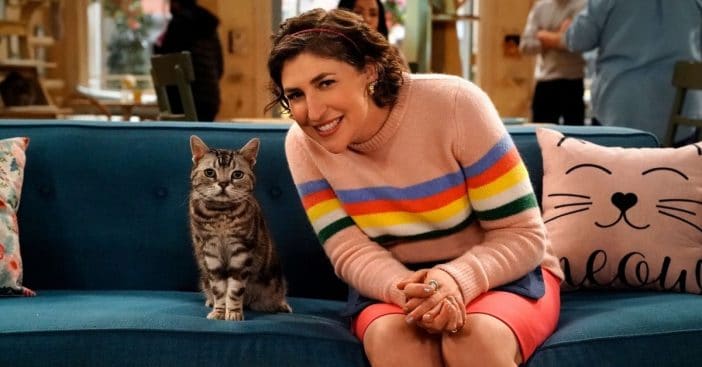 Fans of the game show Jeopardy! are debating on Mayim Bialik’s future on the show and where it stands. It was recently reported that Bialik was considering taking up the hosting gig permanently, if given the opportunity, but fans aren’t so quick to jump on that boat with her.

Bialik had recently attended the 27th Critics’ Choice Awards on Sunday night, where she opened up about her future on the game show. She admitted that her time on the show is slowly coming to an end, but she would love to be the permanent host.

What will be Mayim Bialik’s future on ‘Jeopardy’?

“Could we see you permanently host?” Entertainment Tonight asked Bialik on the red carpet. “I would love that,” Mayim replied. “I like to say, [I’ve] lived season to season since [I was] about 13 years old. So, what I know is I’m hosting until May 6, and beyond that, hopefully, I’ll know more before May 6.”

Bialik was originally part of the show’s roster of guest hosts for a while, before landing on former executive producer Mike Richards as host, who promptly lost the role after insensitive comments of his resurfaced online. This paved the way for former Jeopardy! champ Ken Jennings and Bialik to share hosting duties for the entirety of season 38.

So, what are fans saying? Some are actually in favor of The Big Bang Theory alum hosting the show full-time and on a permanent basis. “Absolutely would love for her to host the show!” one person wrote on YouTube. “SHE HAS MY VOTE,” another added. On the other hand, there are tons of people who are hoping that Jennings will get the permanent hosting role. However, it’s likely that this won’t happen because he already has a job behind the scenes of the show as consulting producer.

This isn’t the first time that Bialik has spoken out about her love for the show. Back in September when the current season premiered, she spoke to Glamour about how much this opportunity meant to her, even though she already had a jam-packed schedule of her show Call Me Kat, her podcast called Mayim Bialik’s Breakdown, etc.

“Having a full-time job [on Fox’s Call Me Kat] didn’t stop me from wanting it. But it really was after those two days [of filming my guest host episodes] that I realized I had never wanted anything more than that job,” she said at the time. “I’m not a person who leans deeply into intuition. I wish that I was. But this was a case where I intuitively felt something very special had happened for me in my life. From just those two days [taping episodes to air over two weeks]. I said to the crew, ‘I don’t want to leave. I really don’t want to leave.’”

She adds, “There’s no other job I would rather have. I love my sitcom work, I do. I love all the other things I do. I love the podcast. But I absolutely have never had a better job.”