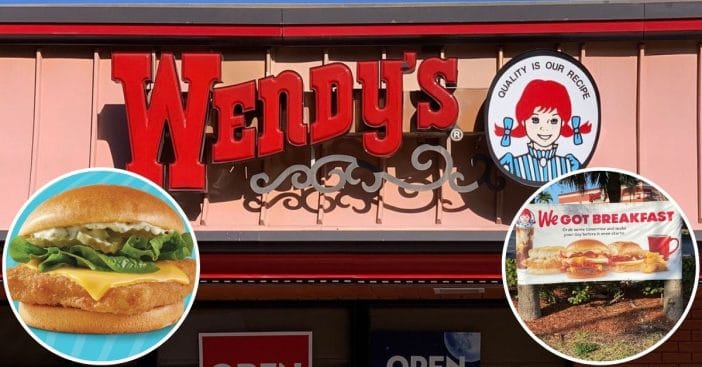 The fast-food restaurant chain Wendy’s is making two big changes to its menu. In light of the Lenten season coming up and many fast-food chains promoting their fish sandwiches, Wendy’s is deciding to do the same, only better than its competitors such as McDonald’s and Burger King. In a statement, they explain their latest move in detail, saying:

“We know interest in Wendy’s fish sandwich spikes about this time every year, with fans frequently reaching out to us to ask, “When will Wendy’s fish sandwich be available in 2022?” Well, get ready because on Monday, Feb. 28, Wendy’s Crispy Panko Fish Sandwich will be on menus, following its well-received debut last year.”

Now, while this may sound like a pretty simple and small move, it’s actually huge when compared to McDonald’s Filet-O-Fish, which has been a staple on its menu since 1965. Wendy’s fish of choice for their sandwich is the Alaskan pollock. The fast-food chain will also be expanding where it offers breakfast, as breakfast has been a new addition to its menu since the start of the COVID-19 pandemic. Well, now they’ll be expanding their breakfast menu north of the border, up in Canada.

They also opened up about how the breakfast menu will look for Canadians: “Say goodbye to dry English muffins, stale breakfast sandwiches, and see-through bacon, and wake up to a craveable made-to-order breakfast paired with a meticulously crafted cup of custom-blended coffee made specifically for Canadian customers… From freshly cracked Canadian eggs on every sandwich, to savory Applewood smoked bacon, freshly cooked in every restaurant every day and biscuits served warm from the oven.”

With these two notable changes, the company is excited to see how Wendy’s compares to its rivals going forward.

RELATED: What Are The Best Fast-Food French Fries? Survey Says

Click for next Article
Previous article: The Dark Truth Behind Captain And Tennille’s Relationship
Next Post: Betty Buckley of ‘Eight is Enough’ Is 74 And Still Finding Herself Drawn To Acting