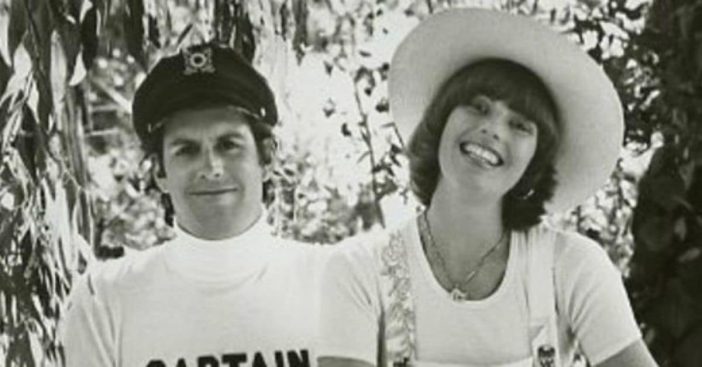 Daryl Dragon (the Captain) and Toni Tennille — better known as the Captain and Tennille —appeared to have a loving relationship and marriage, but it wasn’t at all like that behind closed doors. She writes in her memoir, Toni Tennille, about the truth surrounding their relationship, marriage, and eventual divorce, essentially revealing that their ‘love’ was a total lie.

“Here I was a newly married woman with a hit record and a Grammy, living the dream that so many artists aim for,” Tennille recalls. “The man whom I’d thought was my soul mate was in many ways just as remote as a stranger passing by through the fog.” Tennille divorced Dragon, but that wasn’t until 2014. They were married for 39 years, giving off the assumption that they had a loving marriage all along.

Her autobiography focuses on a very candid and brutally honest telling of the professionally fulfilling relationship she had with Dragon, but it was extremely personally unfulfilling at best. “I can say without exaggeration that he showed no physical affection for me during our very long marriage,” she writes openly in her memoir.

She paints him as a very unlikeable figure, as someone who was emotionally closed off, controlling, etc. Even while on and off tour, they slept in separate bedrooms. Surprisingly, though, Tennille doesn’t necessarily go into why she never left him or what happened after she finally filed for divorce (or what was the last straw that made her finally leave him).

Trying to make it work until she just couldn’t anymore

Dragon died in 2019 after years of health issues and Tennille reveals that even after their divorce, they were on good terms and spoke occasionally as well. In fact, she revealed that she was at his side at the time of his death while he was in a coma. “I was waiting in the room with him, he and I alone,” she said. “I said, ‘I know you’re there and want you to know that I loved you anyway.’ Then the paramedics came, and he passed away.”

What shocks fans the most might not be the fact it took 39 years for a divorce, but how Dragon could be so emotionally closed off to someone so beautiful and talented who was actively trying to make their marriage work.

Despite such a rocky relationship behind the scenes, the ’70s duo went on to produce multiple No. 1 hits, including “Love Will Keep Us Together” and “Do That to Me One More Time.”

Click for next Article
Previous article: Katy Perry Walks Off ‘American Idol’ Due To Aretha Franklin’s Granddaughter
Next Post: Wendy’s Is Making Two Big Changes To Its Menu