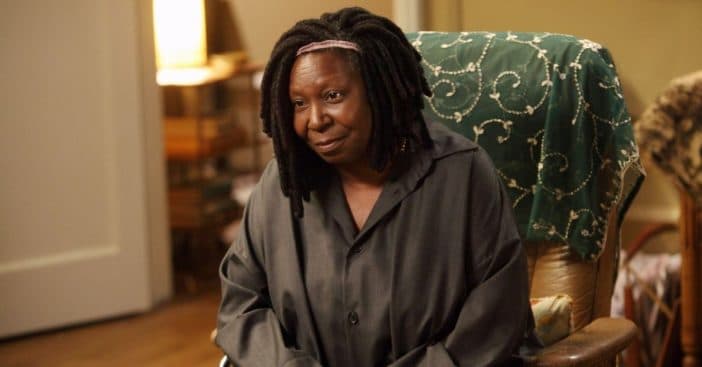 Whoopi Goldberg has issued an apology walking back comments she made about the Holocaust. On Monday’s episode of The View, Goldberg said of the event “It’s not about race,” which sparked criticisms from individuals and national groups, including the U.S. Holocaust Museum.

That evening, Goldberg took to Twitter to issue an apology for her choice of words. The responses to this apology have been equally divided, with replies both critiquing her word choice from The View and evaluating the weight of her apology. Learn more about the situation here.

Whoopi Goldberg comments on the Holocaust and mankind’s inhumanity

On Monday’s episode of The View, talk turned to a Tennessee school board’s decision to ban the nonfiction graphic novel Maus, which follows the experiences of Art Spiegelman’s father as a Holocaust survivor. From there, Goldberg said, “Let’s be truthful about it because (the) Holocaust isn’t about race.”

No @WhoopiGoldberg, the #Holocaust was about the Nazi’s systematic annihilation of the Jewish people – who they deemed to be an inferior race. They dehumanized them and used this racist propaganda to justify slaughtering 6 million Jews. Holocaust distortion is dangerous. #ENOUGH https://t.co/koS1kuspqV

She went on, “It’s not about race. It’s about man’s inhumanity to man… These are two white groups of people. The minute you turn it into race it goes down this alley. Let’s talk about it for what it is. It’s (about) how people treat each other. It doesn’t matter if you’re Black or white, Jews — it’s each other.”

Goldberg’s response to this nuanced topic

Hitler’s genocidal efforts against Europe’s Jewish population are rooted in that demographic being deemed “an inferior race by the Nazis,” noted the official Twitter account of StopAntisemitism.org. In response to viral backlash for her statements, Goldberg took to social media to amend, “On today’s show, I said the Holocaust ‘is not about race, but about man’s inhumanity to man.”

She went on to write, “The Jewish people around the world have always had my support and that will never waiver. I’m sorry for the hurt I have caused.” Some users accepted her words, writing, “Anyone who has followed you over your years in the spotlight knows exactly who you are and what you stand for. Apology accepted.” Others, however, want an apology on live TV instead of via social media, potentially with Holocaust survivors to explain the event and how religion and race interact among Jewish people. One user replied, “Good on you but please say this on air tomorrow. I gasped today when i heard you say this and i’m not Jewish. We, as a collective whole, have a responsibility to pass the message accurately and honestly so we learn and so something like the holocaust never happens again.”

Goldberg discussed the point again on an episode of The Late Show with Stephen Colbert, explaining her thought process, though since Colbert episodes are taped from 5:30 to 7 pm, this was before her apology tweet.

Click for next Article
Previous article: Jane Seymour: 50 Years of Her Inspiring Life 1972 to 2022
Next Post: Elizabeth Hurley Shows Off Her Curves During Her ‘Staycation’