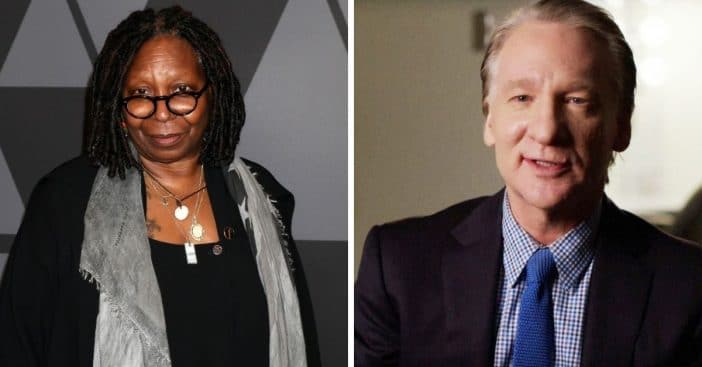 Bill Maher has sounded off on the whole situation with Whoopi Goldberg and the use of the Black National Anthem at NFL games. To recap what happened, Maher spoke on his HBO show Real Time about the NFL kicking off its first game of the season by playing both “The Star-Spangled Banner” and the Black National Anthem, also known by the title “Lift Every Voice and Sing.”

“I think we should have one national anthem,” Maher says, noting that we should aim to stay away from songs that suggest segregation and that it moves the nation back in terms of race relations.

In response, Whoopi talked about it on The View, saying that the reason the Black National Anthem exists is that some people need to be re-educated on how many Black people see “The Star-Spangled Banner,” further responding to his comments with an eye-roll.

RELATED: Is It Time For “The Star-Spangled Banner” To Go And A New American National Anthem To Rise?

Maher later clarified that he meant we shouldn’t have two separate anthems, and that we should only have one to unify the nation. “A new national anthem, fine, I’ll forgo for that,” he said. “But not two. Because that leads down a road we don’t want to go.”

On Jimmy Kimmel Live!, Maher discussed the whole situation with Kimmel. Kimmel followed up by saying that people are afraid to cheer and applaud and support unpopular opinions, to which Maher said he simply doesn’t care about that and is why he had such a small social media presence. “I could say good morning (on Twitter) and the first 10 responses would be ‘Well I guess with your white privilege it’s a good morning,’” he said.

Maher adds that he’d like to see social media platforms like Facebook go back to sharing information and stories rather than talking and arguing about politics. “You want to know how to heal America? Shut up.” he said. “Stop talking politics all the time.”

Click for next Article
Previous article: Elton John Officially Postpones His Farewell Tour To 2023
Next Post: You May Be Able To Get Money Back If You’ve Purchased Chicken In The Last Decade