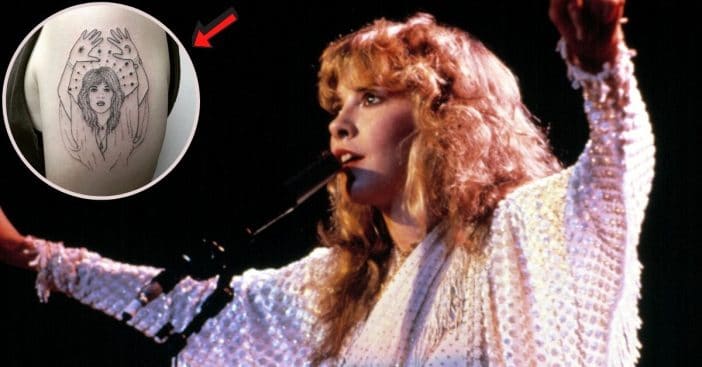 Stevie Nicks once shared the fact that she would sue someone over specific “cringe” fan behavior that makes her truly uncomfortable. Back in the early days of Fleetwood Mac, Nicks obviously encountered a ton of fans—many of them being dressed exactly like her and rocking out to all of Fleetwood Mac’s songs. Ya know, the usual fan behavior.

One thing that superfans have been doing, perhaps more in the last decade, is getting tattoos of their favorite musician or their signatures. This is one thing that Nicks just cannot get behind.

Stevie Nicks hates when fans do this

“I came out of the stage door and a girl was crying hysterically,” Nicks says, remembering one time during one of her rehearsals for her solo shows. “I can never walk away from someone in tears, so I asked what was wrong. She said, ‘Will you sign my arm?’ So I did. The next night she was back with her arm tattooed with my name!”

RELATED: Stevie Nicks Is Very Critical Of Herself And Hides Her Features With Her Clothing

Nicks went on to tell the girl she shouldn’t have gotten the signature tattooed, but the girl was persistent and came back the following night. “So I told her, ‘I’m not touching your arm. Don’t put that on me. I’ll sue! That’s pain. I’m not here to bring pain. I’m here to bring you out of pain. It’s not funny — it’s stupid.’ It bummed me out. I felt like I’d come out the wrong door.”

So, moral of the story is, if you’re thinking about showing your love and admiration for Nicks at one time or another, you should probably take a route much differently than this one.

RELATED: Stevie Nicks Once Said Being Yelled Off Stage By Janis Joplin Was ‘Greatest Honor’

Click for next Article
Previous article: Howard Hesseman From ‘WKRP In Cincinnati’ Dies At 81
Next Post: Dolly Parton Admits To Being A Messy Cook, Husband Carl Dean Cleans Up After Her