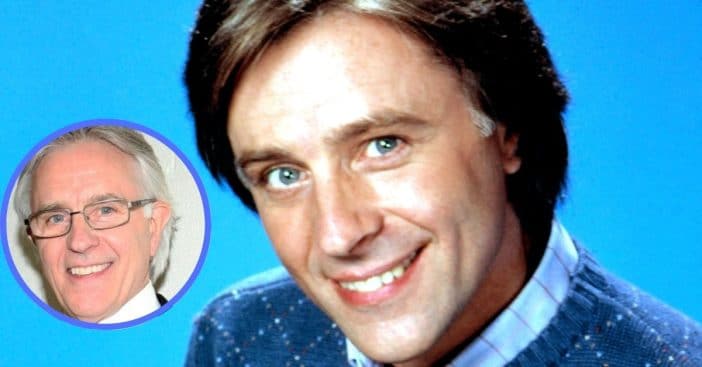 Everyone wanted to hop aboard the Silver Spoons train, especially the man who wanted for nothing, Edward Stratton III, played by Joel Higgins. The series followed Stratton’s relationship with his son against the backdrop of unfathomable wealth, but what about the course of Higgins’ own career?

Joel Higgins was born on September 28, 1943, and went from advertising to a job with General Motors, then to Europe to finally pursue performing. Though he ended up joining the Army and moving to Korea, even there, Higgins cultivated his interests in the limelight, becoming the Special Services Sergeant charged with Entertainment. This also gave him the opportunity to build his skill for creating works of art, not just performing them, as he and his friends wrote a musical together called The Green Apple Nasties, which he ended up selling to a producer after returning stateside. Theater ended up being Higgins’ big starting point in the performing arts after he landed a role in Guys and Dolls then in Grease for its first national tour, and Broadway’s rendition of Shenandoah.

Born with a silver spoon

CBS recruited Higgins to play Bruce Carson in the soap opera Search for Tomorrow. Then, Higgins found himself working alongside Andy Griffith for the ABC series Salvage 1. This did not last too long as it faced competition from WKRP in Cincinnati and Little House on the Prairie. After that, the next few years were dedicated to Silver Spoons on NBC and Higgins’ return to ABC would be even more brief than his first project with the network; Have Faith did not sustain strong enough ratings to stay afloat. So, Higgins moved on to other TV shows and branched out into film.

Several of his films were made-for-TV movies, including Bare Essence and First Affair. Throughout it all, the stage called to Higgins and he would heed it on multiple occasions. While balancing these different types of work, Higgins also started a family, marrying Stacy Alberts in 1983, and having a son with her named Graham Higgins.

What happened to Joel Higgins?

Today, Joel Higgins is 78 years old and still very active in multiple industries. He has appeared in the films Dead Canaries and No Pay, Nudity. But also worth exploring is his musical career, which transcended from the stage into recordings and onto televisions. Higgins personally wrote several musicals and co-wrote and starred in The Fields of Ambrosia, which ended up with its own slot in West End in London.

Additionally, Higgins has several songs under his belt – jingles, to be specific. He composed catchy songs for products such as M&Ms, Kool-Aid, Coors Light, and Kal Kan. Those advertising studies in college certainly paid off. He even wrote theme songs for Life with Lucy, an attempted ABC comeback spearheaded by none other than Lucille Ball. Since then, stage performances dominate most of his work schedule, so it will be exciting to learn what his next project will be.