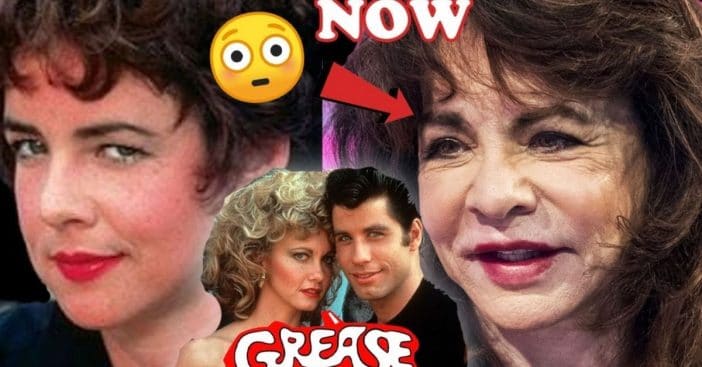 The cast of Grease just celebrated their 40th anniversary of the release of the film and they look as stunning as ever. While only some are left as some have unfortunately passed on since the film, they still make the effort to indulge in their time making of Grease.

The 1978 film starred legendary actors and actresses such as John Travolta, Olivia Newton-John, Stockard Channing, and several more. Each and every one of them has played a huge role in making Grease a household name and an iconic musical film that will last centuries. Here are some of the cast members of Grease and what they look like more than 40 years later!

John Travolta, who played heartthrob Danny Zuko and Sandy’s love interest in Grease, is now 67 years old and is still active as ever in the film industry with some new movies in post-production! His career really took off after Grease and Saturday Night Fever. Recently, John Travolta starred in Gotti and American Crime Story. Also, he’s known for an epic mix-up of Idina Menzel‘s name at the 2014 Oscars. His life was plagued by grief in 2020 when his wife, actress Kelly Preston, sadly died after a private battle with breast cancer.

RELATED: ‘Grease’ Being Canceled Due To Sexism In The Show

Olivia Newton-John played the goodie two shoes turned blonde bombshell, Sandy Olsson. She is currently 73 years old and continues to sing and act on TV series and other people’s albums. At the time of filming Grease, Olivia was in the midst of her successful singing career. Producers wrote the song “Hopeless Devoted To You” in order to give her a big ballad for the film. She has released 15 albums post-Grease, the most recent being 2012’s This Christmas, which she sang on with John Travolta. In 2014 she had a residency at the Flamingo Las Vegas and in 2015 she was a guest judge on RuPaul’s Drag Race. We most recently saw her in The Very Excellent Mr. Dundee back in 2020.

Stockard Channing, who played the memorable Rizzo in Grease, is now 77 years old but has not starred in any films or TV series since 2017. She is well-known for taking on dark, cynical roles similar to that of Rizzo. She was the First Lady on The West Wing, Aunt Frances in Practical Magic, and Ouisa Kittredge in Six Degrees of Separation (which earned her an Oscar nod). We recently saw her in the 2021 TV special Death to 2021.

Didi Conn played the friendly, bubbly, and stylish Frenchy in the film. She is now 70 years old and continues to do work in acting. She has a few films already in post-production. She did appear at the 40th-anniversary reunion. After her son Daniel was diagnosed with Autism, she became a celebrity spokesperson on behalf of raising awareness. In 2008 she was named the national celebrity spokesperson for Autism Speaks and before that she was a spokesperson for the National Alliance for Autism Research (now a part of Autism Speaks).

Jamie Donnelly played Jan, one of the pink ladies! She is 74 years old and has been quiet in the film industry since 2017. According to sources, she watched the 1978 movie on the 40th anniversary at an event that was hosting the film. Since 2008, she’s been popping up at many Rocky Horror Picture Show and Grease conventions, because she’s a fangirl at heart, too.

Dinah Manoff played Marty Maraschino in the 1978 film, one of the pink ladies who hooked up with the handsome Vince Fontaine at the dance. Manoff went on to win her first Tony award after Grease, for her role as Libby Tucker in I Ought To Be In Pictures. She reprised that role for the film version as well. She’s been in the films Child’s Play, Welcome Home, Roxy Carmichael, and Ordinary People. She is 65 years old and has not starred in a series or film since 2008, but has starred as herself in a show in 2018.

The role of Doody was played by Barry Pearl and he is currently 71 years old. He continues to dabble in a little bit of acting a few times a year, one of the films being in post-production. He was present at the 40th-anniversary reunion and also had a cameo in the Grease Live! stage production. We last saw him in the 2020 short called Squeeze, and recently completed a TV movie project called Foreclosure for 2022.

Michael Tucci played the role of Sonny, one of the T-birds, who was often known for being a huge goofball and getting himself in trouble. He is 75 years old and has one film in post-production right now. He also starred in a TV series called The Rich & the Ruthless in 2018.

Lorenzo Lamas looks pretty much unrecognizable these days and not at all in a bad way! He was only 18 when they filmed Grease, so it makes sense that he matured into such a fine specimen. Out of the supporting cast, he’s done the best for himself post-Grease. His best-known work since then is as Lance Cumson in Falcon Crest, as Reno Raines in Renegade, and as Hector Ramirez in The Bold and the Beautiful. More recently, we saw him in 2020’s Bleach, and is currently filming two projects, one called Trailblazers and another called Palm Strings Confidential.

Susan Buckner played the bubbly and larger-than-life character of Patty Simcox. She went on to guest star on the shows When the Whistle Blows and The Love Boat. Her last acting credit is from the 1981 horror film Deadly Blessing. She’s appeared in a few things as herself, such as Behind the Music, VH-1 Where Are They Now?, and the last being a 2007 episode of 1 vs. 100. She is 68 years old.

Eddie Deezen played the role of the dorky kid Eugene who everyone picked on in high school. He found a lot of success in the 1990s with voice work, lending his nasally sound for the shows Dexter’s Laboratory, Grimmy, Duckman, and What’s New, Scooby-Doo?. He was the voice of the annoying (know-it-all) kid in the 2004 film The Polar Express. In 2015’s The Spongebob Movie: Sponge Out Of Water, he provided the voice of the Seagull. He’s a huge pop culture trivia buff and since 2011 has been a contributing writer to many sites, like Mental Floss, TodayIFoundOut.com, and Neatorama.com.

Jeff Conaway, who played the role of Kenickie, unfortunately, passed away in 2011 at the age of 60. He deserves an honorable mention, however, for playing one of the most lovable characters and helping to create such a memorable film.

Sadly, Jeff is not the only cast member to have passed away since Grease‘s 1978 premiere. That same year Annette Charles (Cha Cha) passed away from complications of cancer, though she, too, had been initially hospitalized for pneumonia. In 1993, Dennis C. Stewart (Craterface/Leo) contracted HIV and died in 1994 from AIDs complications.

Do you remember all of these faces? Be sure to SHARE this article if you do!

You can relive the magic of Grease and rewatch one of the film’s final songs, “We Go Together,” in the video below: