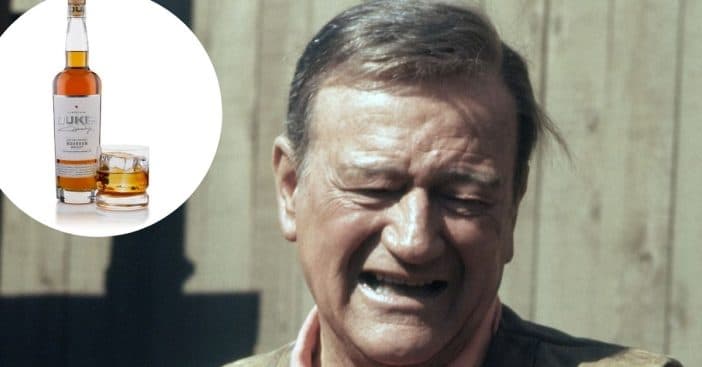 John Wayne‘s son Ethan was looking, as he frequently is, for a way to pay tribute to his late father — beloved by generations of Hollywood and Western fans alike — and found the answer he was looking for when he discovered John’s memoirs, liquor collection and special blends which had all been sealed since 1979. The result? The creation and launch of a new bourbon line called Duke Spirits, after the icon’s famous nick-name, “The Duke.”

In many ways, this feels like a natural extension of the man himself. As the Duke Spirits website comments, John dedicated his life to his love for being a father, an adventurer and an unabashed American patriot. “He was a loyal friend to many and was passionate about sharing a good drink with loved ones. The Duke was a true craftsman of film and carried this devotion, patience and quest for excellence to his other favorite endeavors, including boating, mining and, above all, creating his own whiskey and tequila line. He sought out the greatest American whiskeys, the finest scotch, and the smoothest tequilas and wines of true merit from the most prestigious regions. The Duke was often quoted as saying that if he was going to have a drink, ‘it had better be a good one.’”

After John passed away of stomach cancer in 1979, Ethan took over his estate. And it was when he was going through some of the things that had been left behind that he came across the aforementioned archives and reflected on the fact that his father often described to him his dream of creating his own liquor line. Ethan said, “We got into our archives, and I saw all of the bourbons, tequilas, wines, and champagnes that have been stored there for forty years. We knew what he liked, and we thought it was appropriate to bring something to market that was timeless over trend. I think that’s what you’ll find in this bottle.”

RELATED: You Could Be The Proud Owner Of John Wayne’s Honda SL350 Motorcycle

Ethan worked on the line with Chris Radomski, now the CEO of Duke Spirits. Chris added, “We had the opportunity when Ethan showed us what he uncovered to taste a lot of the spirits that his dad had in the archives. And there really was a definitive profile…It’s our pleasure to follow the legacy.”

On dukespirits.com, Chris continues, “We tasted everything he left behind in unmarked bottles. From this moment on, we knew we had to move forward. We consulted the greatest master distillers about how to craft Duke Spirits so that they would surpass the Duke’s expectations, in a forgotten style from the 1950s and 1960s. We tasted, blended and worked hard to make Duke Spirits resemble the bottles The Duke himself left us.”

If you’re interested in purchasing some bourbon inspired by the Duke himself, click here… but you must be 21+. Did you know that John Wayne loved bourbon? Are you going to try this new line of bourbon created by his son?