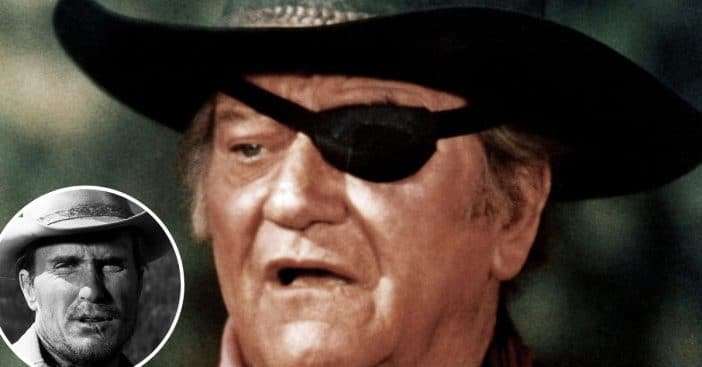 John Wayne and Robert Duvall reportedly almost got into a physical fight while filming True Grit. John was a very dedicated actor and was often very serious on and off the set. Robert was apparently known for his temper and would clash with the directors on the films he worked on.

While working on True Grit, Robert would argue with the director and disrupt the filming process. Eventually, John had enough and said he would punch Robert if he didn’t stop arguing with the director!

Even though they had a little spat while working together, Robert spoke very highly of John later in life. He said, “Wayne wasn’t as bad as some supposedly serious actors I’ve seen who trained at the Actors Studio and all that… Wayne was interesting to be around. He was pleasant and outgoing.”

Even though John was an iconic actor, he didn’t have all of the training that many others did. He wanted to be a football player but it didn’t work out. So eventually he worked as a prop boy and was discovered on the set of The Big Trail. His career took off and he became known for western films. Some of his best known films are The Alamo, Stagecoach, The Man Who Shot Liberty Valance, and of course, True Grit. His final film was The Shootist in 1976.

Can you believe that John Wayne almost punched his co-star Robert Duvall? That would have been crazy! What’s your favorite John Wayne film?

Click for next Article
Previous article: Oliver Hudson Shares Kurt Russell’s Reaction To His Arrest When He Was 16
Next Post: Larry Storch, Corporal Agarn On ‘F Troop,’ Has Turned 99 And Is Still Going Strong