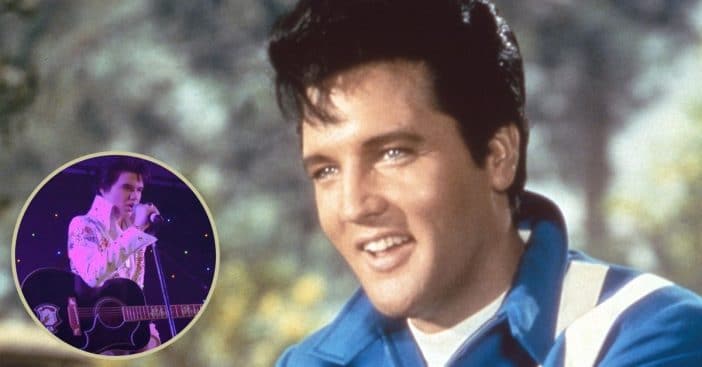 13-year-old Bryson Vines has planned out an entire career dedicated to The King himself, none other than Elvis Presley. Yes, at 13 years of age, Bryson has already been performing as an Elvis tribute artist for several years. In eighth grade, he spends a lot of his free time (when not studying) learning about the life and career of Elvis, practicing his songs, dance moves and more.

“I definitely want to make a career out of it,” he says, certainly heading in that direction as he performs about 20 times per year at festivals, competitions, and local events. He even has a collection of replica jewelry that Elvis wore and replicas of two Gibson guitars Elvis played.

His parents have done a great deal in helping Bryson live out his rock n’ roll dream as they have bought him several professionally made Elvis jumpsuits covered in rhinestones—about 15 pairs of them to be more exact. “The first time I was ever exposed to Elvis I was 4 and my mom played the movie Viva Las Vegas,” Bryson remembers. Then when he was 7, his mom got a record player and a stack of Elvis albums. The rest was truly history for Bryson as he grew up to just adore Elvis.

RELATED: An Elvis Impersonator Sang For Over 50 Hours To Break Guinness World Record

“I’m really into learning about his whole career and how he was outside the stage and also revolving around how he died; that’s interesting as well,” Bryson says. “I like to focus in on how he was as a person and not just as a performer.”

His very first Elvis costume was actually for Halloween. His grandma and mom soon started making suits for him on a regular basis and he began wearing them every day.

By 2019, Bryson had won a youth division competition at “Images of the King,” an event that was actually held in Memphis, TN during Elvis Week. His most recent performance was at Howell’s Fantasy of Lights in November 2021.

So, what are Bryson’s favorite Elvis songs to perform? In his own words, “I like the ballads the most, like ‘I’m Leavin’, and more upbeat tempo songs like ‘Burning Love,‘” Bryson said. “My least favorite to perform is ‘Suspicious Minds,’ because Elvis got sick of it and it gets overplayed.” He mostly loves performing songs from the ’70s Elvis era, when Elvis was performing in Las Vegas.

Check out one of Bryson’s performances below—you won’t believe how awesome he sounds!