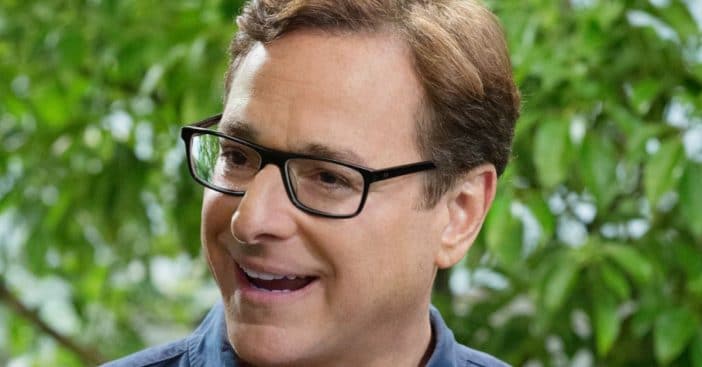 Bob Saget died suddenly on Sunday. The 65-year-old was found dead in a Florida hotel room. The cause of death is still being determined but detectives found no signs of drug use or foul play in the hotel room. Bob had a long and successful career and spent his final days doing the thing he seemed to love most: standup comedy and making people laugh.

His final post on social media was shared at 3:42 a.m. He shared a selfie and talked about his last comedy show. Bob had been on tour and was promoting the rest of his tour for 2022. Bob captioned the photo, “Loved tonight’s show @PV_ConcertHall in Jacksonville. Appreciative audience. Thanks again to @RealTimWilkins for opening. I had no idea I did a 2 hr set tonight. I’m happily addicted again to this s—. Check http://BobSaget.com for my dates in 2022.”

Loved tonight’s show @PV_ConcertHall in Jacksonville. Appreciative audience. Thanks again to @RealTimWilkins for opening. I had no idea I did a 2 hr set tonight. I’m happily addicted again to this shit. Check https://t.co/nqJyTiiezU for my dates in 2022. pic.twitter.com/pEgFuXxLd3

Just days before his tragic death, he gave an interview about performing and how much fun he was having. He said, “I really love doing standup now more than I ever have. And I don’t talk politics. I don’t talk religion. I just want to make people laugh, you know? … I’m like The Blues Brothers where they would knock on the door and go, ‘We’re on a mission from God.’ I just want to make people have a good time and a good night out.”

He continued, “I’m getting ready to do a new special so you gotta go on the road and that’s why it’s so much fun going out to places where I get to a long set. You know, an hour. An hour and a half. Whatever feels right. I get to really play with the audience and try stuff. It’s not just all… I’m not as blue as I used to be. Some people go, ‘Saget, come on. I want ‘Entourage’ Bob.’ And I’m like, ‘OK, I’ll throw him in there.’ But it’s really kind of different versions. It’s me. I’m just being myself more. I love it. I just love it.”

Bob is best known for his role as Danny Tanner in Full House and the spin-off series Fuller House.