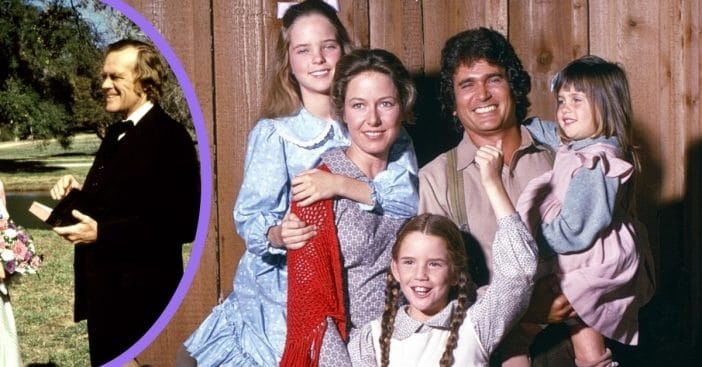 Since gaining national fame and immortalizing his status as a heartthrob in Bonanza, Michael Landon gained an imagine as the handsome, steadfast guy people could easily develop a crush on. But according to his Little House on the Prairie co-star Karen Grassle, among the cast, he was not the real lady-killer; someone else was.

Grassle dives into the behind-the-scenes workings of Little House on the Prairie in her new book, Bright Lights, Prairie Dust: Reflections on Life, Loss, and Love from Little House’s Ma. Released on November 16, 2021, it provides intimate details on the happenings at Walnut Grove and its inhabitants, and who among the men became the surprise favorite as the most charming – and how.

Someone call the doctor, there’s a real lady-killer in Walnut Grove

According to Bright Lights, Prairie Dust, Landon, who was a key creative voice throughout Little House, cast actors who bore a strong resemblance to their characters. That is not limited to appearances; Grassle says the people themselves carried something integral to their characters in their very selves. For example, Dabbs Greer fulfilled the role of Reverend Alden because of his innate gentleness.

RELATED: Karen Grassle Of ‘Little House On The Prairie’ Says She Was ‘Flat Broke’ Before Playing Iconic Role

As for Kevin Hagen, it was easy to warm up to that doctor, as he had a naturally approachable demeanor. “As Doc Baker, Kevin Hagen had romantic appeal hidden by his character’s spectacles,” Grassle wrote. “Red-headed and tall, he was warm, and a graceful dancer. He was also something of a lady-killer. As Doc, his mellow voice, wise face, and bright blue eyes inspired confidence, and few of us could have guessed he was a dedicated single parent raising a young son.”

Doctor Kevin Hagen is in the house

Some of that lady-killer dignity might have come from Hagen’s upbringing. He was born to a pair of ballroom dancers, Haakon Olaf Hagen and Marvel Lucile Wadsworth. Sadly, Haakon did not stick around, and so Hagen’s mother, aunts, and grandmother took on the task of raising him themselves.

College-educated, Hagen’s background was well-rounded with law studies and international relations, before he himself took up teaching others – what else but ballroom dancing. When he entered Hollywood, he landed roles in some of our most nostalgic favorites, including Lost in Space, M*A*S*H, The Twilight Zone, Knots Landing, Bonanza, The Big Valley, and Gunsmoke. By the time he entered Little House on the Prairie for a credit that would last from 1974 to 1984, he had several of these under his belt and was a veteran of both acting his character and charming his peers.

Click for next Article
Previous article: Frances Bavier, Aunt Bee From ‘The Andy Griffith Show’ Was A Tough Lady Until Her Death In 1989
Next Post: The Six-Wheeled Mercedes From ‘Hogan’s Heroes’ Was Just One Of Four In Existence