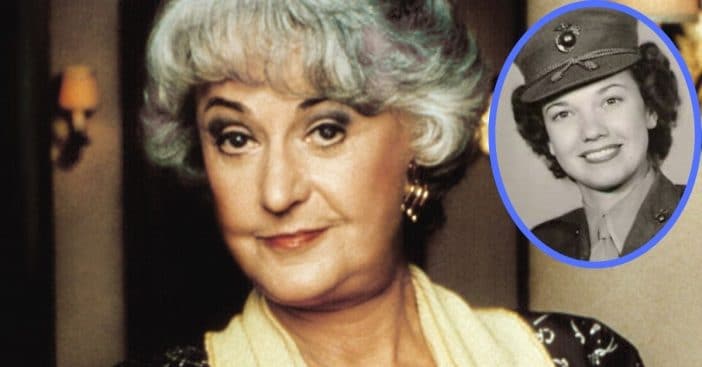 Bea Arthur became an easily recognizable face thanks to her time on All in the Family and her character’s very own spinoff, Maude. So much so, it won her some helpful points landing the role of Dorothy Zbornak on The Golden Girls. But Arthur had already shown her grit in a totally different way, decades ago, when she served as a staff sergeant through World War II.

Born as Bernice Frankel, Arthur joined the Marine Corps Women’s Reserve as a truck driver, a position provided to her as a result of a trailblazing initiative that reshaped the landscape – and possibilities – of women in the military.

The landscape at the time

The Marine Corps Women’s Reserve was authorized in July 1942, and was joined by the creation of the Navy Women’s Reserve. There was general reluctance across the military to let women join the ranks, notes National WWII Museum research historian Kali Martin, with the Marine Corps being “most reluctant” of them all. However, Commandant Lt. Gen. Thomas Holcomb did not allow his male troops to call their new female peers by anything other than “Marine.”

Still, women faced specific guidelines and restrictions. Any woman applying under the age of 21 needed parental consent (men could once they reached 18), they had to be at least 60 inches tall and 95 pounds, could not be married to a Marine, and could not any children that were under the age of 18. At 5 feet, 10 inches, Bea Arthur qualified to enlist and enlist she did in 1943 when she was in her early 20s, making her one of the first members of the United States Marine Corps Women’s Reserve.

Initially, Arthur’s life did not seem set on a trajectory to become one of many “trailblazers,” as Martin called those “setting the stage for women to become permanent members of the military.” Arthur herself outlined her own labyrinthine journey between different careers in 1943 in a letter reading, “Monday, the fifteenth, I left and found another job at Sperry’s [sic] as an inspector. I was supposed to start work yesterday, but I heard last week that enlistment for women in the Marines was open, so [I] decided the only thing to do was join.” Immediately answering the call to action is already one thing, but Arthur went further and showed excellence in the face of all her assignments. In 1943 she was sent to the U.S. Naval Training School, supported by a letter of recommendation who knew she would do well. She underwent personality appraisals that deemed her a bold presence, disciplined, and with good judgment. Note, men did not seem to receive these same appraisals.

Bea Arthur known on TV as Maude served during WWII in USMC🇺🇸 pic.twitter.com/N0UxmQzE0e

However, Arthur proved herself those positive qualities and more by enlisting in the Marine Corps as a truck driver, before she and only one other woman were promoted to the title of corporal from the Specialist Schools Detachment, Marine Corps Women’s Reserve Schools. Then, she and 11 others were promoted to sergeant. Taking up the role of truck driver went against everyone’s expectations of Arthur as both a New Yorker and a woman. Her final promotion came in January 1945 to staff sergeant before she was honorably discharged on September 26, 1945, after the war ended. Martin stressed the significance of this ending, noting, “The fact that she was able to attain that, she must have been very good at what she did.” She also considers Arthur’s service “evidence of badassery.”