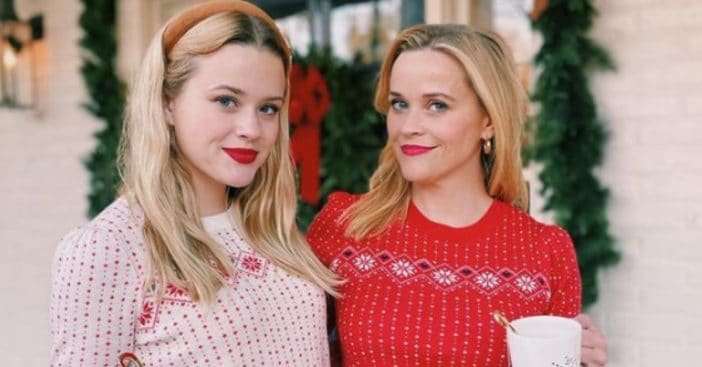 Familial resemblances are not uncommon, but it brings Reese Witherspoon a special joy to hear people think she is actually her daughter Ava, 22. Witherspoon is the very proud mother of three: Ava, Deacon, 18, and Tennessee, 9.

Comparisons have gone both ways. Ava has been told repeatedly she looks like a mini-me of Witherspoon, 45. Similarly, Witherspoon can recall occasions when people thought she was actually her daughter. Such errors don’t bother Witherspoon in the slightest; in fact, they fill her with joy. Why, specifically?

Only three months ago, Ava’s followers were floored when she shared a photo of herself and her boyfriend, Owen Mahoney. Viewers were sure they were actually seeing Ava’s parents. Witherspoon has likewise been told she and her daughter look close enough to be mixed up. To this, she says, “I love being mistaken for her because it makes me feel so young.”

RELATED: Reese Witherspoon Changed Her Name When She Became Famous

Witherspoon does take note of how these comparisons might affect Ava. Not everyone reacts the same to being told they resemble their parents. 27-year-old Tallulah Willis said she went through some turmoil from the comparisons, which caused her to question her femininity. For Ava, Witherspoon feels she has taken it in stride. “She really rolls with it,” she shared. “I’m sure it’s not easy looking exactly like your mother.”

A mother first, everything else second

Even more parental feelings of pride and protectiveness are attached to this reaction, as she added, “I’m so proud of her.” Witherspoon brings up pride often when speaking of her children, who she calls her “most important priority.” In an interview with InStyle‘s Gayle King, Witherspoon further said, “If I told you how much space in my brain they take up every day — do you even think they know, Gayle? I don’t even think they know.”

Witherspoon channels this care even into all the comparisons between herself and Ava. “We talk to Zoë Kravitz a lot,” referring to the daughter of Lisa Bonet; the two also famously look very similar to one another. “Because she and her mother look exactly alike, so whenever Ava is frustrated, I go, ‘Call Zoë, text Zoë, she knows what to talk about.’ I mean, that’s another mother-daughter combo that’s like identical twins.” Indeed, Witherspoon is not afraid to seek advice from others as she parents. She grew up with a mother and father both with a medical background, far away from the constant limelight and public eye of Hollywood; Ava grew up with an already-famous mother. In this, Witherspoon cannot totally relate from experience, but she assured, “We are lucky enough to have friends who grew up in Hollywood and can help give them advice on how to navigate.”

Click for next Article
Previous article: Lou Ferrigno Talks About The ‘Physical Demands’ Of Playing The Hulk
Next Post: Fans Want To See Patricia Richardson On ‘NCIS’ Again Very Soon