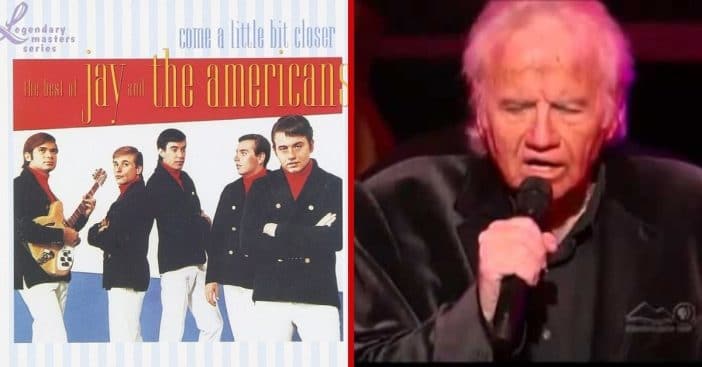 Jay Black, the lead singer of the 1960s rock group the Americans, died on October 22, 2021. News of his passing comes from the band via a Facebook post shared on Saturday. Around the time of his death, it was confirmed Black had dementia. He was 82, and would have turned 83 on November 2.

Black is famous for having replaced John “Jay” Traynor as lead singer of Jay and the Americans, and it was during his tenure that the band released some of its most beloved successes such as “This Magic Moment,” “Come a Little Bit Closer,” and “Cara Mia.”

Jay and the Americans announces the passing of singer Jay Black

On the afternoon of October 23, the Facebook page for Jay and the Americans shared a black and white photo of the band with the announcement, “Today, we mourn the passing of David Blatt a/k/a Jay Black and we acknowledge the great successes we had with him both as a partner and as a lead singer.” It goes on to say the band “shared both wonderful and very contentious times, and much like an ex-wife, we are so proud of the beautiful children we created. We’ll always remember The Voice.”

The Voice is just one of the names Black went by; he was originally born as David Blatt, but ended up accidentally rechristened. “I was on the Mike Douglas show,” he once shared. “One day, Mike asked me what my last name was and I mumbled Blatt, but he heard Black. He said, ‘Black?’ I said yes, a little lie. But everyone loved the name. Mike Douglas died without knowing he named me.”

The legacy of The Voice

Born on November 2, 1938, Jay Black may have gotten his new nomenclature thanks to Mike Douglas, but he made that name carry weight thanks to a famously crooning, melodious singing and his doo-wop musical background, which he brought to the Americans from the Empires. The group reached a career high point in 1962, but after its next two projects did not fair well, Black joined, and their success was rejuvenated, and even opened for the Beatles during the band’s very first show in the U.S. in 1964.

Thanks to Black, we have “This Magic Moment” and many more, both in music and on-screen, when he acted alongside Frank Sinatra in 1977’s Contract on Cherry Street. Ultimately, the band separated in 1973, though Black would bill himself as Jay and the Americans still.

However, personal struggles tangled with his creative work, particularly when Black fell into bankruptcy from gambling debts. As a result, he could no longer perform under that full title, and this opened the band up to reforming with a new singer, while he himself could still perform under the name Jay Black. Of this, he said “That’s my legacy. It’s what I leave behind when I’m gone.” Meanwhile, in 2014, he revealed he was experiencing signs of Alzheimer’s, which was eventually confirmed to be dementia. His cause of death was complications from pneumonia. Black is survived by four children, five grandchildren and two great-grandchildren, according to USA Today.